Vienna, June 21, 2021 – The Board of Trustees of Central European University today announced the appointment of Professor Shalini Randeria as the 6th President and Rector of CEU. She will be the first woman to take up the role since the university was founded 30 years ago.

The appointment follows an international search process conducted by a Search Committee of trustees, faculty and staff in consultation with the university Senate.

American-born Indian anthropologist Professor Shalini Randeria has a distinguished academic record. She is the Rector of the Institute for Human Sciences (IWM) in Vienna, Professor of Social Anthropology and Sociology at the Graduate Institute of International and Development Studies (IHEID) in Geneva, as well as the Director of the Albert Hirschman Centre on Democracy at the IHEID. Randeria has published widely on the anthropology of globalization, law, the state and social movements. A German-speaker, she previously served on CEU’s Board of Trustees.

Chairman of the Board Leon Botstein welcomed the appointment, saying,

“CEU rightly expects much of its president and rector: wisdom, intelligence, courage, energy, and academic leadership of the highest caliber. Having first-hand knowledge of Shalini as a Trustee on our Board, I know she brings with her all these qualities and more.”

Paying tribute to Michael Ignatieff, who steps down at the end of July, Chairman Botstein praised his leadership, “which has led CEU to prominence, defended its commitment to excellence and academic freedom and placed the university in such a strong position in Vienna."

“We were looking for someone with the intellectual gravitas, managerial skill, diplomatic acumen, and global perspective to lead the University into this next chapter. In a field of outstanding candidates, Shalini Randeria stood out as that person. I would like to thank my fellow members of the Search Committee for their thoroughness, hard work, and excellent judgment.”

“I’m confident Shalini will take our university into the bright future this community deserves.”

“I am deeply honored and look greatly forward to joining the CEU community and working together with its faculty, staff and students, and its worldwide alumni network, to further the mission of CEU and to give it a new home in Vienna, the city which has welcomed the university so enthusiastically.”

One of the world’s most international universities, with students coming from around 100 countries and its faculty from 50, a unique founding mission positions CEU as both an acclaimed center for the study of contemporary economic, social and political challenges, including sustainability and the environment, and a source of support for building open and democratic societies.

The university is accredited in the United States, Austria, and Hungary, and offers English-language bachelor's, master's and doctoral programs in the social sciences, the humanities, law, management and public policy. With two campuses located in the heart of Central Europe – Vienna, Austria and Budapest, Hungary, CEU has a distinct academic and intellectual focus. The university combines the comparative study of the region's historical, cultural, and social diversity with a global perspective on areas of critical enquiry including good governance, sustainable development and social transformation. Students are encouraged to be creative and independent thinkers, lifetime learners, and active citizens. 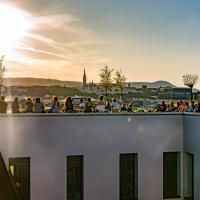 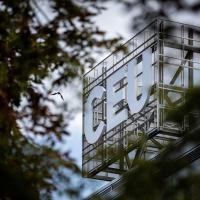 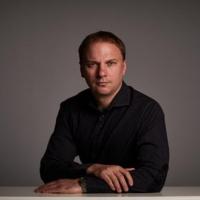 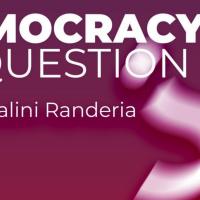 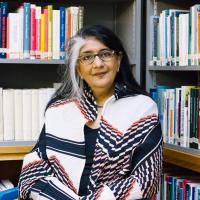