As a historian of the early modern Ottoman Empire in CEU’s Medieval Studies Department, Associate Professor Tijana Krstic is the Principal Investigator on a Horizon 2020 European Research Council (ERC) Consolidator Grant. The project, OTTOCONFESSION, focuses on “The Fashioning of a Sunni Orthodoxy and the Entangled Histories of Confession-Building in the Ottoman Empire, 15th-17th Centuries.”

Krstic explains that before the early 1450s Ottoman Muslim scholars and administrators were not concerned with defining and enforcing any particular notion of correct belief or practice, allowing for considerable ambiguity among Sunni, Shii, and Sufi traditions. However, in the early 1500s, opinions of the chief Ottoman jurisprudents and the records of important imperial affairs begin to indicate a shift in rhetoric and policy towards efforts to define a Sunni orthodoxy and persecute dissent. This shift coincided with and was informed by the growing rivalry between the Ottoman Empire and Safavid Iran, causing a sharper differentiation between Sunnism and Shiism that they championed, respectively.

How did this confessional and territorial polarization, which left a decisive imprint on the region to this day, unfold and who were its main protagonists? Was it a coincidence that it transpired exactly at the same time as the Protestant Reformation triggered confessional polarization within early modern Christianity, or were there some common dynamics at play? These questions are at the center of OTTOCONFESSION’s inquiries. In order to answer them, the project investigated the evolution of Muslim and Christian confessional discourses in the Ottoman Empire in both community-specific and entangled, cross-communal perspectives, examining agents and strategies, textual genres and sites of confession building. 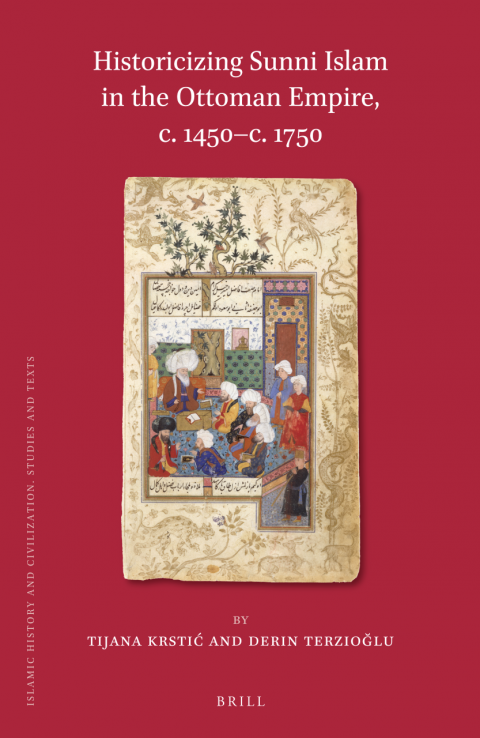 As a result of this research, Krstic co-edited with Derin Terzioğlu (Boğaziçi University) the volume entitled Historicizing Sunni Islam in the Ottoman Empire, c. 1450-c. 1750 (Brill, 2020, Open Access), which aimed to shed light on how Ottoman Muslims engaged with and (re)interpreted the Sunni tradition in order to effectively govern an empire whose subjects included not only various groups of non-Muslims but also diverse Muslim communities.

The second edited volume emerging from the OTTOCONFESSION project, entitled Entangled Confessionalizations? (forthcoming from Gorgias Press), horizontally situates the Ottoman Empire and politics of piety into a broader Eurasian perspective. “How did the turn towards Sunni piety and orthodoxy among Ottoman Muslims interact with similar developments in other contemporary non-Muslim communities, both within the empire and beyond?” asks Krstic, describing the forthcoming publication. For this, an international group of scholars researched different Muslim, Christian, and Jewish communities within the Ottoman Empire as well as in Europe, Russia and Safavid Iran, to better understand the movement of religious sensibilities and strategies across imperial and confessional borders.

On the theoretical level, Krstic’s project engaged with the concept of ‘confessionalization’—a construct emerging from early modern German historiography articulated by scholars Wolfgang Reinhard and Heinz Schilling. The ‘confessionalization thesis’ claims that closer alignment between the early modern state and post-Reformation churches led to a greater disciplining of subjects around a standardized form of belief and practice on the one hand, and the steps taken by territorial governments to unify the society with the goal of building a state on the other. Krstic and her team explored to what extent it would be possible to say that Islam in early modern Ottoman and Safavid Empires also experienced a form of confessionalization, and examined the implication of this on how we understand early modern religious history in a global perspective. 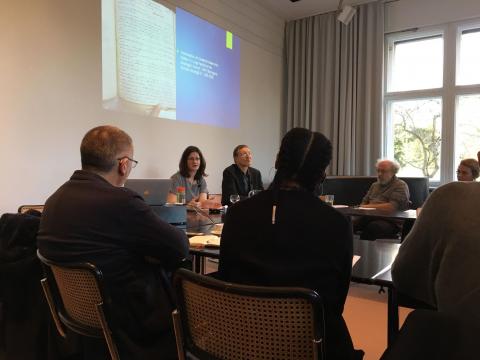 “We also wanted to go beyond the simplified histriographical narrative, which maintains that the Ottoman Empire was as a bastion of tolerance while Europe was burning in confessional wars,” highlights Krstic, adding, “We thought it was necessary to go deeper in our research and actually understand in greater detail the complexity of Ottoman religious politics beyond this blanket notion of ‘tolerance’.”

Krstic, who worked with various digital tools combined with classical methods for managing data relevant to the project’s topics, additionally notes the importance of training history students in the digital humanities. Digital humanities teach students to think about, analyze, organize, and visualize their data in novel ways and on new scales, and digital literacy has become a valued skill in the job market for humanists. At CEU an increasing number of students in History and Medieval Studies are using digital tools not only in their research, but in data analysis and presentation as well.

Also key to the project’s execution was the support and expertise of CEU’s Senior Officer of the European Research Council Projects Team, Vanda Titz-Mohacsi who was a project manager for OTTOCONFESSION, one of CEU’s 17 ERC research projects. Titz-Mohacsi is part of CEU’s Academic Cooperation and Research Support Office (ACRO). She collaborates with researchers to acquire and rigorously implement such large scale projects.

“At ACRO each of us are specialized in fields varying by grant schemes. I am responsible for ERC, which is a major individual (ie. non-collaborative) type of EU funding,” says Titz-Mohacsi. “Members of the faculty can rely on our expertise for application strategy, and we manage the array of administrative and budgetary issues at the pre-award stage. Also, we provide continuous financial and strategic monitoring and support at the post-award stage.”

CEU has a ratio of approximately 10 to 1 ERC grantees to faculty, an excellent record. To learn more about current and completed research projects at CEU, visit here.