In 2019, the Vera and Donald Blinken Open Society Archives (Blinken OSA) and the Department of Medieval Studies at Central European University, which runs the Cultural Heritage Studies Program, initiated a collaboration facilitating the research work conducted by students and faculty of the Cultural Heritage Studies Program to be preserved and made available to researchers at Blinken OSA.

The new archival fonds are the result of this cooperation, and to date, three research collections of intangible cultural heritage have been processed. These include recordings of two folk artists performing an episode of the Kyrgyz ‘Manas’ epos; Yezidi refugee women singing lament songs in a refugee camp in northern Iraq; and local storytellers and singers introducing an endangered oral tradition of the Zanskar Valley in Northern India.

Regarding the joint project, Blinken OSA archivist Mark László-Herbert comments, “The students and faculty of the Cultural Heritage Studies program have the expertise needed for collecting and documenting intangible culture. We at Blinken OSA will make sure to preserve these documents and make them widely available, now and in the future.” László-Herbert further highlights that elements of intangible cultural heritage such as songs, tales, customs and rituals, can be more vulnerable than other types of physical archival items.

Eszter Spät, visiting faculty in CEU’s Cultural Heritage Studies program, who has worked on the archival project, points out the value of an accessible repository of recordings from fieldwork. Since researchers publish only that which is relevant to their topic, complete storage of recordings from fieldwork allows for future researchers to use the material in a variety of ways, not only for the topic and focus of the researcher who initially captured the items. She hopes that future researchers will be able to locate what they are looking for in such an online archive just as one might open a drawer in a library. 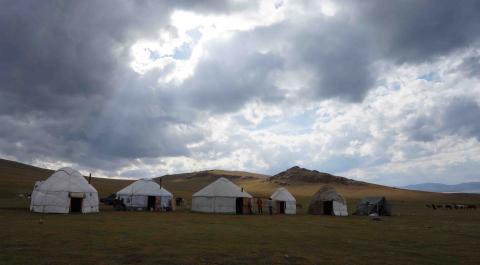 “One of the challenges of fieldwork from historical sources is that the accounts are very academic and already analyzed. There must have been more observations, details and elements that didn't make it into the published work, but without access to a complete record of that field work such details are irretrievable.” Spät further notes that the collaboration with Blinken OSA allows for intangible culture to be preserved and available for others who may be interested in elements from the time of the  initial research.

Informed consent is another aspect to be navigated when situating research recordings in a publicly accessible archive. For example, Spät remembers subjects who understood that her intention was for a recording to be public, but didn't quite grasp the concept of digital archiving and that an archive publicly accessible to researchers would be the location of the song recording, as opposed to, say, a mass media channel such as television. In some cases it is a straightforward decision if the source is interested in having their material be public, however cases are often more difficult if recordings are of a political nature that can make informants vulnerable. In the latter cases, the material can be archived and not be made public.

László-Herbert further comments on Blinken OSA’s efforts to make the archive as accessible as possible to CEU researchers working from Vienna. “We are now working on digitizing and providing online access to many more of our collections making additional digitized documents accessible directly through our catalog.” CEU students can also use Blinken OSA’s digitization on demand service - the fastest way to access documents that have not yet been digitized.