The Socrates Project Launches First Courses in Vienna and Budapest

More than 80 students are beginning their studies at the Socrates Project, a new educational program at Central European University (CEU) providing free university-level courses in Budapest and Vienna to adults who have had limited opportunities to attend college.

“With the Socrates Project we are serving the local communities around our institution in that we're both expanding what CEU offers to the wider public and dissolving the boundary between the university and the broader community,” notes Socrates Project Director Aaron Lambert. Taking inspiration from the Clemente Course in the United States, Lambert, a PhD candidate in CEU’s Department of Philosophy, initiated the project, which was launched by the Community Engagement Office and is currently supported by OSUN.

“The Socrates Project is an essential service to underprivileged people who typically experience poverty and inequality and come from lives of hardship,” highlights Lambert.  The conversations on topics ranging from literature and art, to politics and philosophy, allow participants to develop the ability to build arguments as well as transferrable critical thinking capacities. 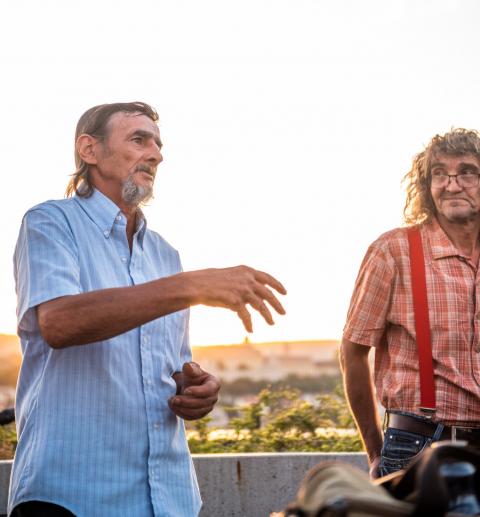 The discussion-based seminars of Socrates Project courses emphasize that students and instructors are equal partners in a conversation. Texts by authors including Foucault, Marx and Plato alongside contemporary academic papers compose a rigorous curriculum at the level of an undergraduate university course. Much like Socrates did in the public squares of ancient Athens, the Socrates Project brings academic conversations into the public realm, engaging those interested and willing to read and discuss.

During a pilot in Budapest that ran from May to June 2019, 40 participants attended courses, which were taught both in English and Hungarian on a voluntary basis by five CEU faculty members. Reflecting on the pilot, Mate Halmos, Coordinator of The Socrates Project Budapest, reflects, “The students are looking for an opportunity to use critical thinking capacities and to be around others who share their intellectual curiosity and interest in developing perspectives through debate and exchange.”

The Socrates Project team was particularly heartened by the enthusiasm of the pilot students. “I knew the value of these courses, but to see the program take off and to observe the benefits in a tangible way, the experience was really an eye-opener to what kind of energy is present for this learning,” says Lambert. 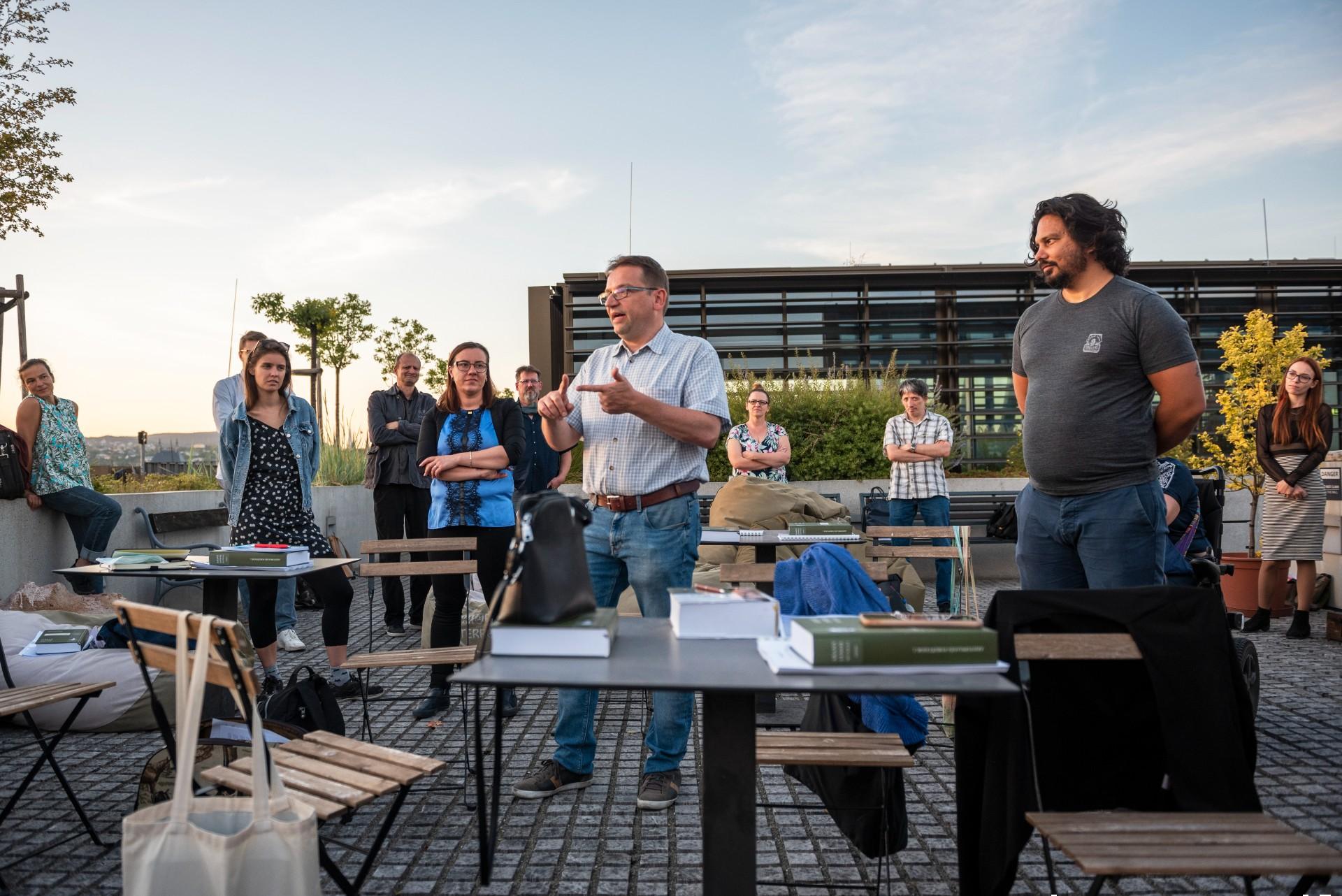 “Even though the participants came from different backgrounds, all barriers were immediately washed away by our thirst for knowledge and commitment to freedom,” says a pilot student, adding, “The instructors were curious…They didn’t influence us, but rather urged us to think independently.” Other pilot participants lauded the attention, support and encouragement from the organizers and professors, as well as the value of encounters with difference: “Several of our classmates who lived in very dire conditions contributed amazing thoughts. This strengthened my view that every person is a world of their own. People are important, no matter where they come from.”

The first official Socrates courses in Budapest and Vienna were opened by Dean of Students Chrys Margaritidis, and Dean of Undergraduate Studies Dorit Geva, respectively in September. At the Budapest opening ceremony, Dean Margaritidis stressed that CEU is pleased to open its doors to the communities around both of its campuses, and that the university will benefit just as much from the presence of the participants as the students can benefit from the courses. In Vienna, Dean Geva highlighted the symbolism of launching the Socrates Project on the 30th anniversary of CEU, as CEU has been a beacon for academic freedom, from its post-socialist founding in Czechia, Hungary, and Poland, through to its recent forced move to Vienna. 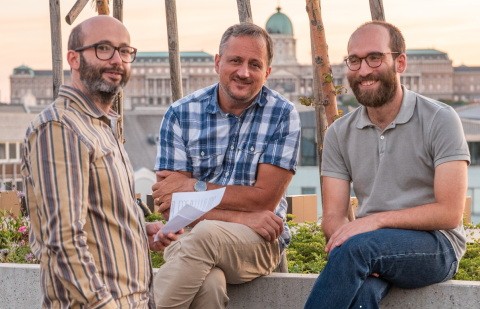 As a collaborative endeavor between CEU’s Community Engagement Office and the Civic Engagement Initiative at Bard College Berlin, the Socrates Project is currently offering 10 different full-length undergraduate-level courses across three cities (Vienna, Budapest and Berlin) in three languages (German, English and Hungarian) during the first semester of operation. The central theme of the courses is “Freedom and Society”, with texts including, among others, plays by Shakespeare and Aristophanes, and excerpts ranging from Hannah Arendt, Marcel Mauss and John Stuart Mill to contemporary scholars.

On the Vienna front, Eduard Lezcano, Coordinator of Socrates Project Vienna has spent the past year working to introduce the project, locally connecting with a variety of education, health, social service organizations. He notes, “We have a start-up atmosphere with this project. Working on the team, we are customer service agents, we’re bookkeepers, we are strategy directors - we are doing everything, so it's engaging because we are establishing the project in all those dimensions as we begin in Vienna.” 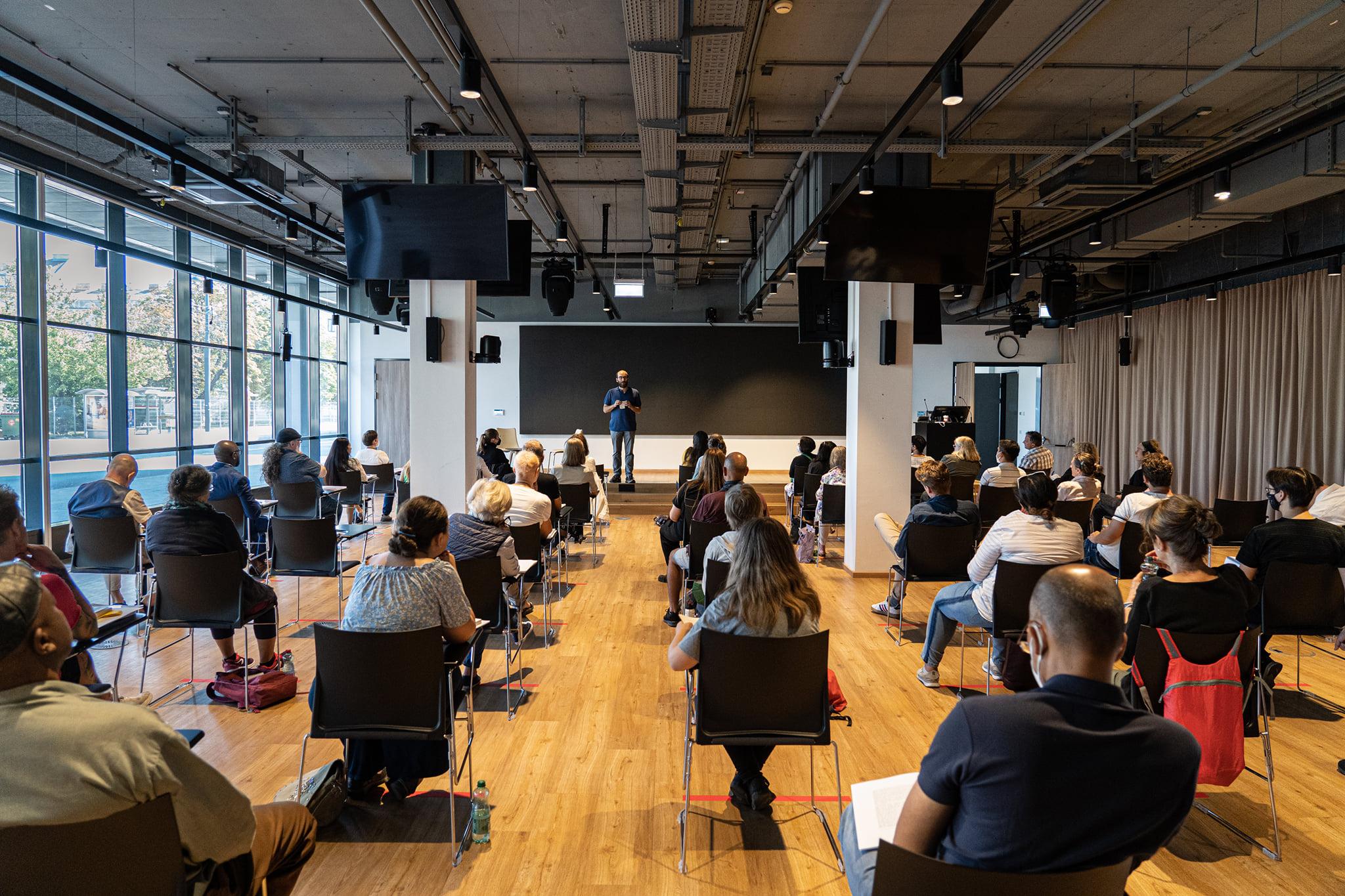 Part of the project is its adaptability as it evolves to best serve the various localized sites. For example, the Budapest courses, informed by the pilot, will focus on Hungarian language offerings moving forward, phasing out English in order to better match the needs of those for whom the project is intended. Looking ahead, the Socrates Project plans to expand both in terms of languages, such as Turkish and Bosnian-Croatian-Serbian in Vienna, as well as locations. The next call for participants in the Socrates Project will open this October, and for professors in September.