Pötzleinsdorfer Schlosspark: Bits and Pieces of Vienna’s History at the End of the Tram Line

by An Thuan Mai, Alumni Scholarship Recipient and LLM student in the Department of Legal Studies

[Ed. note: this article was written prior to the announcement that Austria would be re-entering a lockdown due to the COVID pandemic. Please note that going outside for exercise is still permitted and encouraged.]

My favorite way to explore Vienna is to hop on a random tram and follow its lead to the last stop. That was how I found out about this gem in the northwest of Vienna, Pötzleinsdorfer “Castle Park”, at the end of Straßenbahn Linie 41. 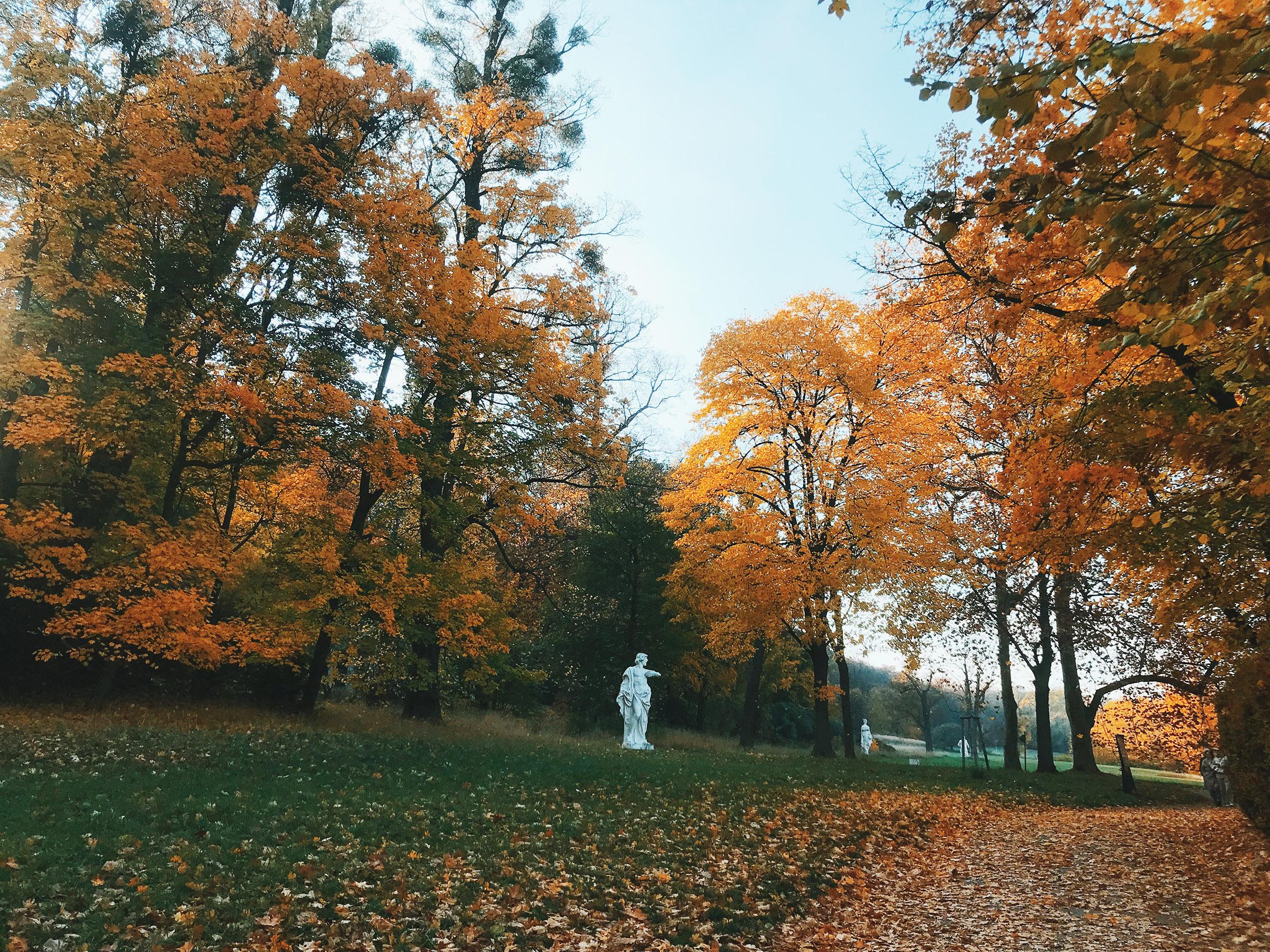 You might say it is just another park, but can you guess the story behind these statues and why they are here?

They are in fact a quartet (“Singendes Quartett” in German, a group of four singers including soprano, alto, tenor and bass) that once stood on the pilasters of Vienna’s Ringtheater. After a fire at the theater in 1873, at least 384 people were killed, but the four singers are still standing today. What they witnessed was not only a tragic event, but also several changes in fire safety measures. For example, if you pay attention, you will notice that all exit doors in Vienna’s public buildings now open outwards. However, that was not the case at the time of the Ringtheater fire. When the flames escalated in the dark, the terrified crowd rushed in chaos to the main entrance to escape, only to be trapped. They were pushing each other at the door to get out but it could only open inwards. This tragedy is said to be the start of Vienna’s reform in fire safety regulations, followed by other European neighbors.