Class of 2026: CEU Welcomes its Newest Students and Opens the Academic Year with a Series of Key Events

Central European University welcomes the arrival of 700 new students from 97 different countries to our campus at the start of the autumn semester mid-September.

The freshly enrolled BA class boasts an outstanding GPA average of 3.7 (on a 4.0 scale) showing how highly competitive our new undergraduates are. Our largest cohort this year is from Ukraine (53) followed closely by USA, Hungary and Russia (34) and Turkish and Indian students rounding off the top 5 countries (31 and 30 respectively). 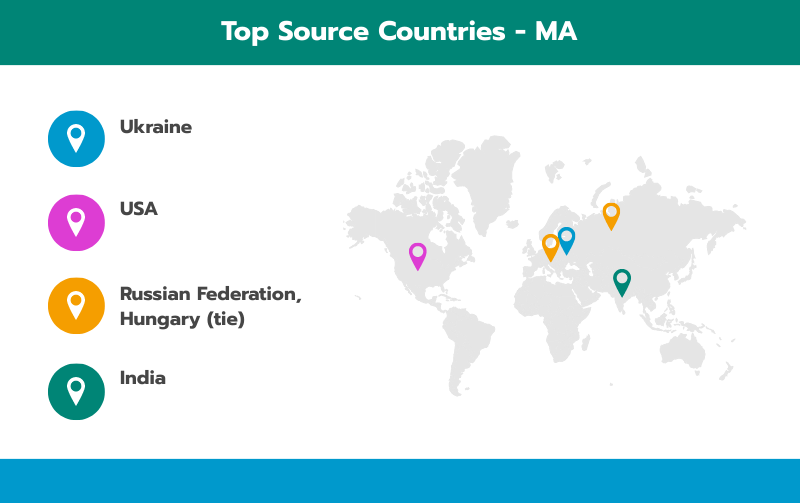 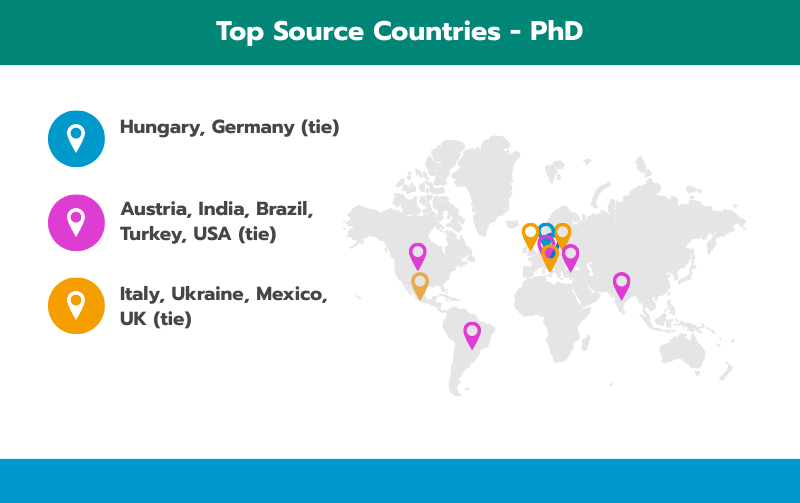 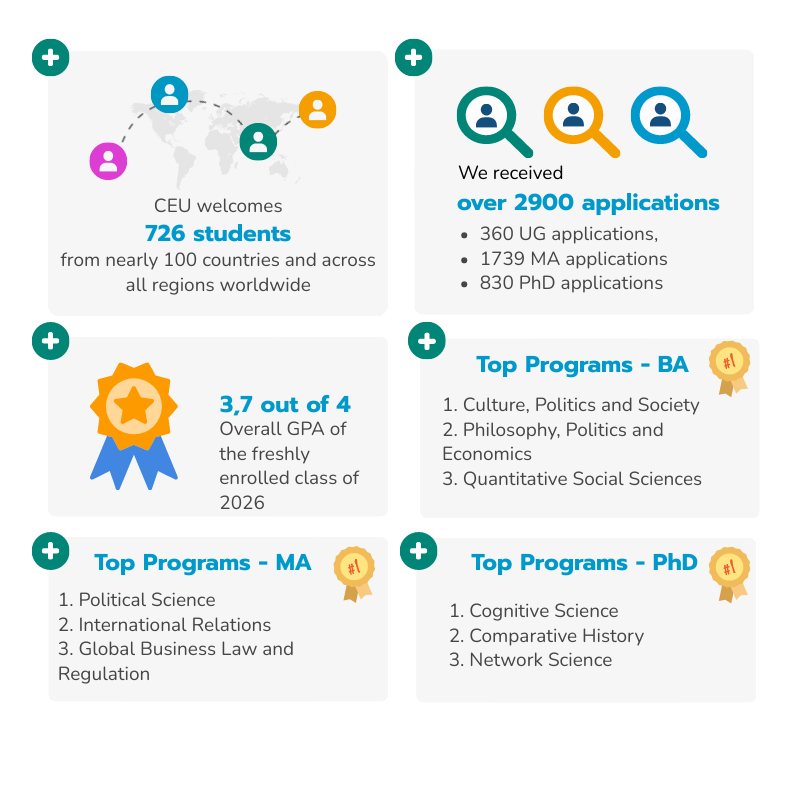 “I would like to urge you to make the most of your time at the CEU as it will be an intellectually valuable one that will allow you to acquire the knowledge and skills that will be needed for your professional life as well as to make a real difference in the societies where you choose to live, in your home communities and across the world. We at CEU stand for the values of open society, academic freedom, and self-reflective, critical thinking. We are dedicated to fostering socially and morally responsible intellectual inquiry. Our university is a model for affordable education of the highest standards with a strong commitment to inclusion and diversity, as well as to building democratic societies that respect human rights and human dignity,” says CEU President and Rector Shalini Randeria.

Our semester begins on September 19th-20th with a conference on Academic Freedom in Times of Illiberal Assaults on Democracy co-organized with Central European University (CEU), The New Institute, Hamburg and CEU’s Democracy Institute, Budapest. It explores explicit and subtle but systematic assaults on academic freedom across the globe. Scholars and practitioners who have been at the forefront of defining and defending this elusive freedom are invited to share their experiences and exchange ideas. Without academic freedom neither the university nor liberal democracy as we know it will survive in the 21st century.

You can register for the conference Academic Freedom in Times of Illiberal Assaults on Democracy here: forms.office.com/r/ipR1QC0UWc.

And last but not least we would like to invite everyone to the lecture by the Nobel Laureate Joseph Stiglitz on September 28, at the CEU Auditorium at 3:20 pm.