On November 25, researchers from the CIVICA Research project, Welfare, Democracy and Populism Under the COVID-19 Crisis (WELDECO) presented preliminary findings and critical debate at the European University Institute (EUI). The project, led by Central European University (CEU), with collaborators from EUI, Bocconi University and London School of Economics (LSE), analyzed the relationship between populism, policies and democratic backsliding during the Covid-19 pandemic, and examined the content of policy changes as well as vital aspects of populist policy-making, such as procedures and discourse.

WELDECO was one of the 11 collaborative projects selected in 2021 to be funded by the European Union’s Horizon 2020 research and innovation program, under CIVICA Research and is connected to the focus area Democracy in the 21st Century. CEU Visiting Professor Dorottya Szikra coordinated the project with researchers Adrienn Győry (CEU), Alexandru D. Moise (EUI), Francisco Panizza (LSE), Gabor Scheiring (Bocconi University) and Kerem Gabriel Öktem (University of Bremen).

Szikra addressed a hybrid audience opening with an introduction to the project. She emphasized that “Ruling under crisis means can be a way to show power in protecting the people,” asking further, “What happens to populist governments when the crisis is not one they can control? What autocratizing happened under Covid 19?”

WELDECO’s aim was to understand the ways in which populist governments differ in their welfare and health-related policy responses to the pandemic in the context of the demise of democratic institutions. The comparative analysis, which collected secondary data from international data sets, utilized the unique opportunity provided by the global pandemic to study how populists govern under crisis situations.

During the project, the researchers developed a common conceptual framework to assess populist welfare policy responses to the pandemic, which was presented by Panizza. He outlined how the researchers defined populism and the adjacent characteristics that were part of the framework: majoritarian, leader-centric and transgressive. The framework was used to assess the impact of populism upon political institutions, policy making and the policy content. 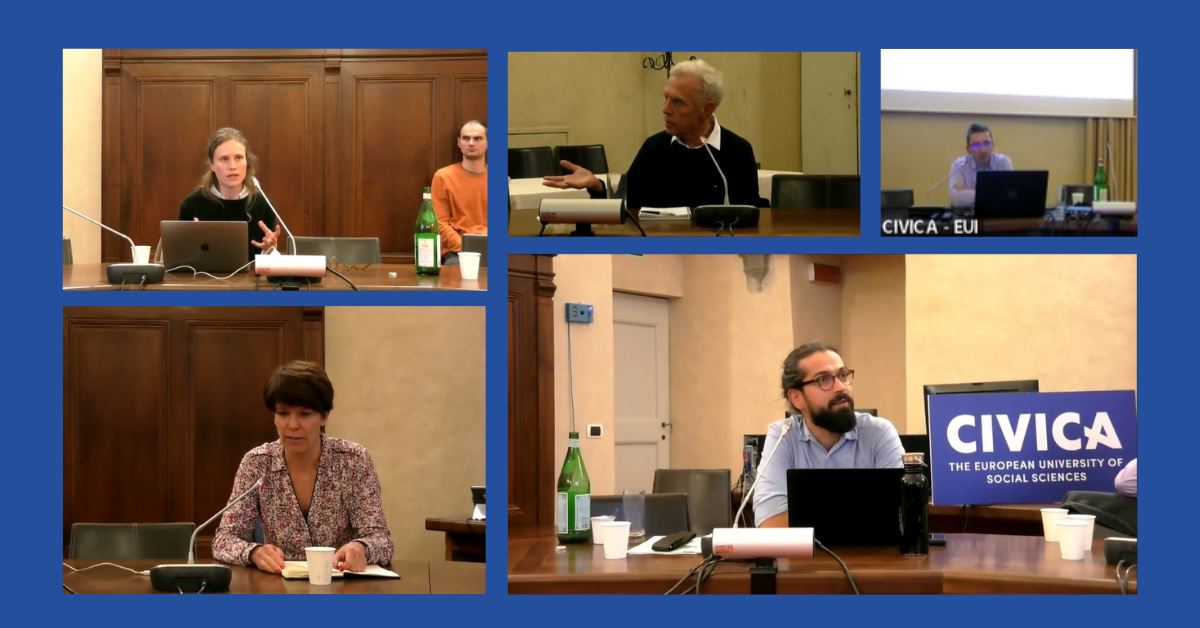 “Crises are internal to populism and, in many ways, populists manufacture crises…Populist governments capture, bypass and push the limits of institutions,” noted Panizza. He went on to discuss how populist crisis narratives single out certain “others” for their role in the occurrence of the crisis and call for strong leadership and decisive action to protect “the people”. By using crisis to further centralization of procedures, we saw populist governments use the pandemic to reproduce political antagonisms and reinforce links with their supporter base.

Cases in countries such as Russia, Hungary, Poland, Turkey, Mexico and Brazil illuminated how and why populism and democratic backsliding flourishes in the current era in the global North and South. During the event, the cases of Russia, Turkey and Brazil were further articulated.

Schering’s presentation focused on the case of Russia which entailed a focus on the economy over saving lives, framed Putin as “the protector” and repressed healthcare workers, opposition and media. He highlighted how the vaccine that Russia developed was used more toward vaccine policy on a global stage, rather than successfully protecting the country’s public domestically. He also noted how Russia imposed the least strict measures among the counties studied, which translated into relatively higher death rates. Russia’s economy suffered a less severe recession than others through an insulated economy and low dependency on external flow of funds. The control of information was significant, for example limiting what healthcare workers could discuss, and the manipulation of data reported a rosier picture than what was really happening.

Schering emphasized that the constitutional referendum was the most important piece of legislation during the pandemic, which eliminated the two-term limit, thus increasing the power of the president. Selectively implemented bans on rallies under the pandemic pretext and the fake news law also led to further repression of opposition and activists.

Next Öktem presented the country case study of Turkey, which included a focus on labor market policies. The short-term work compensation scheme was expanded. While employers could not fire workers, they were permitted to place employees on indefinite unpaid leave and those affected could collect an unpaid leave benefit funded by the state. Like in Russia, the data regarding Covid-related deaths in Turkey has been unreliable, making the scientific advice available but not particularly trustworthy. Öktem summarized how Turkey’s government had an ambivalent position regarding Covid policies, so while they devised and implemented restrictions, they were not taken seriously in practice from summer 2020 onwards.

Panizza returned to present the final country case on Brazil, a federal country with relatively weak presidential powers. Panizza highlighted that Brazil has one of the largest healthcare systems in the world, however it is highly decentralized and uneven being governed by municipalities, and with social services operating in a two-tiered uneven system split between the formal and informal sector. Notably, during the pandemic, social programs implemented made a significant impact which led to a reduction in poverty.

The analysis indicated that while containment was discursively embraced by Bolsanaro, lockdowns were not centrally and universally imposed. Panizza noted that Bolsanaro politicized the pandemic and mobilized his base for economic and cultural reasons, furthering social divisions resulting in more polarization.