Graduates of the BOOST Program have successfully completed highly original, supervised impact projects in a variety of fields: social and political entrepreneurship, family enterprise as well as intrapreneurial projects within private sector, government and international organizations.

Here is a brief overview of some of these projects: 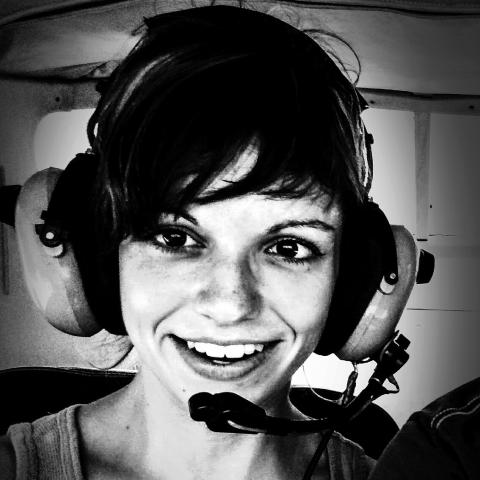 AGOTA PINTER (BOOST’18) is the recipient of the 2018 BOOST Prize. The BOOST Prize is awarded to the most outstanding BOOST participant in a given year. A CEU Medieval Studies Department alumna, her project is to set up a startup tour agency specialising in thematic excursions with private planes for small groups. In pursuance of her impact strategy, she has developed a viable and original business plan and conducted a thorough market research. “BOOST gave me the opportunity to realise my dream,” she recalls. “Not only has the concept become more logical, but also the goal improved in ways that it is now realistically achievable in the foreseeable future.” Agota’s BOOST mentor was Tamas Lõrincze. “The patterns and attitudes of successful people from diverse origins and professional fields showed the personal traits and strategies through one can achieve his or her goal,” reflects Agota. “BOOST inspired me to think about my future as a strategic outcome on my own efforts not as choosing between possibilities provided by fate.” 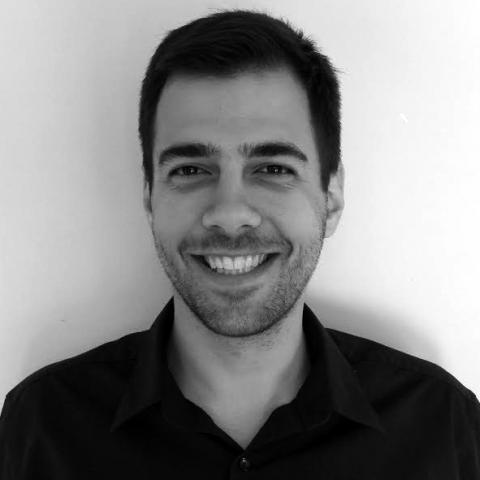 NEMANJA PREDOJEVIC (BOOST’18) graduated from MA Economic Policy Program at CEU. He worked on a strategy to become a high-performing, impactful management consultant adding socio-economic value at the intersection of FinTech and innovation. Nemanja, who was mentored by Imola Szemes during his BOOST Program, aims ambitiously to be able to independently lead project teams within the next 5 years. As part of his BOOST Proof of Concept, Nemanja secured a full-time position of a Solution Analyst at  McKinsey & Co. “One of the most important concepts that I have learnt in BOOST is that of a linkage between resources and goals,” observes Nemanja. “Especially after my Proof of Concept, I deeply understood the point of reflexivity here, the calibration between the two, and this is something which I will take forward to use during my future career. Participating in BOOST taught me that career requires strategy, just like any other complex endeavor.” 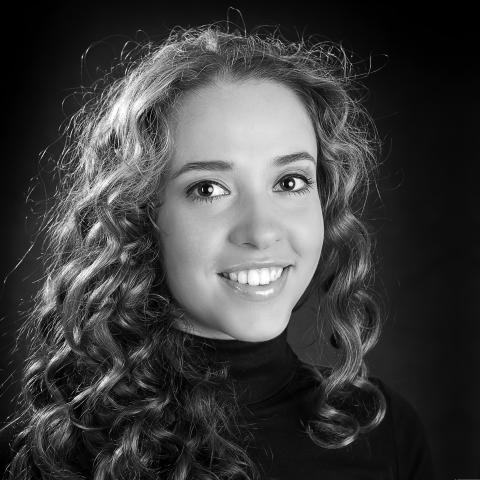 NINA DMITRIEVA (BOOST’18), a graduate of CEU MA in Economic Policy on Global Markets Program, developed an impact strategy of transforming her family’s food production business in the Ulyanovsk region, Russia from a purely domestic producer to an exporter. Her BOOST mentor was Anna Zubystka. Nina recalls that “during the BOOST workshops we had an opportunity to think of previously unthought-of issues, to engage in gripping dialogues with professors and fellow students to seek for greater truth and to simply find ourselves.” As her BOOST Proof of Concept Project, she focused on building up key organizational capabilities needed to successfully enter competitive CIS and Chinese markets with her business’s products. “BOOST helped me understand where I want to be in the future,” Nina concludes. “And, what is more important, what needs to be done to get there.” 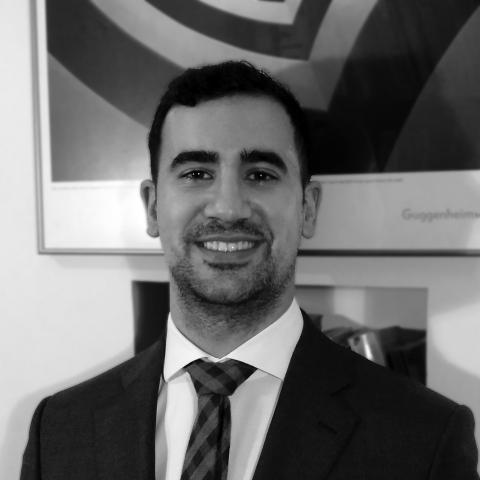 OSCAR IRANZO MARTINEZ (BOOST’18), graduated from the Mundus MPP at CEU. His strategic impact goal developed during the BOOST Program was to impact progressive, social-democratic politics in Spain. “The rise of nationalisms and populisms demonstrates the urgent need for a strong and progressive social-democratic message in Spain that resonates all over Europe and the world,” argues Oscar. “However, in order to make our message appealing to a general and wide enough public, we as social democrats must reinvent public policy and come up with new and appealing policies to transform and update our welfare states.” His BOOST mentor was Rocio Martinez-Sampere. As his Proof of Concept project, Oscar did an internship at the Headquarters of the Spanish Socialist Workers’ Party and at the Ministry of Development and Public Works, working as an assistant to the Cabinet Chief of the Minister. Oscar recalls that when he came with an initial proposal for his Impact Goals to one of the BOOST instructors, the professor challenged him. “After discussing and reflecting on it I reached the conclusion that my goals were indeed 100 percent contradictory and that, ultimately, I would not be able to excel in everything I planned at once.” 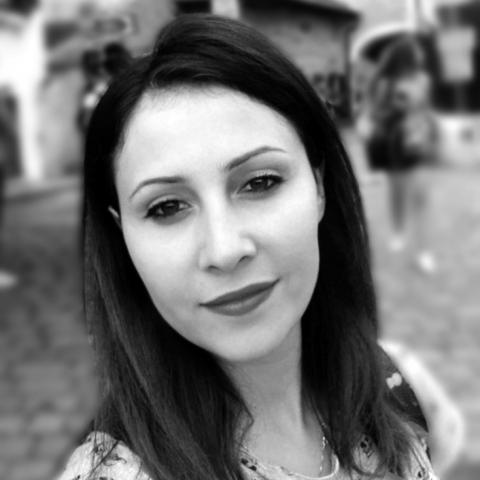 TAGUHI HAKOBYAN (BOOST’18), a graduating student at CEU Department of Economics and Business, has a strong commitment to contribute to society through her research work as an economist at an international organization. With her BOOST mentor, Miroslav Tomic, she has developed an original strategy to distinguish her intended contribution on the crowded market. As her Proof of Concept project she completed a macroeconomic modelling internship at Belgian Central Bank. “During the design of my Impact Strategy it became obvious that I must be careful in my choice of research interests,” recalls Taguhi. “Taking this into account, I have decided to invest my key resources to identify my research interests and develop them in a way that they would make my profile uniquely attractive.” 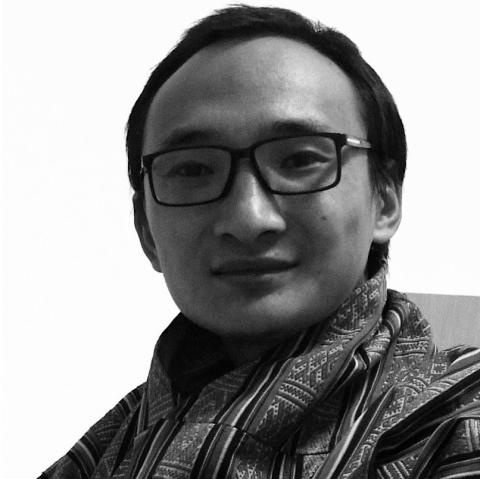 SAMTEN YESHI (BOOST’18), graduated from the Cultural Heritage Studies program at CEU. Within the BOOST Program, Samten worked on an ambitious goal of developing a family-owned monastery in his native Bhutan into a university college that combines Buddhist studies with modern arts and science. “Since 1220s when our ancestors established the monastery in a village called Sumtrhang in Central Bhutan, our traditional mandate to help enlighten people in the community through Buddhist teachings by various means,” shares Samten.  His BOOST mentor was Dr. Emilia Jamroziak. “When I joined the BOOST program I had a dream but lacked the way and approach to success,” admits Samten. “I often wondered if I could ever fulfil my dream, which is an extensive one. But after learning how to approach the goal in a strategic way I now feel ever more confident and determined.” 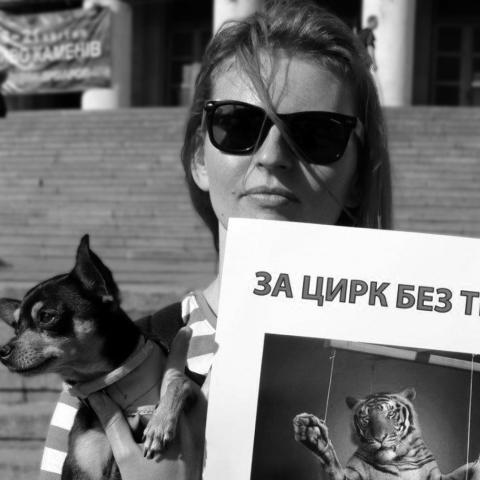 NATALIIA KOVALCHUK (BOOST’18), who went by Zarya during the BOOST Program is a CEU Department of Gender Studies graduate working to establish an international social enterprise as part of her  BOOST project. Her BOOST mentor was Yevgen Groza. Her idea, which reflects her passion for animal rights, was to combine a for-profit enterprise in Hungary with a nonprofit animal protection organization in Ukraine. “A thoroughly crafted strategy can be divided into smaller steps,” Zarya observes. “it also allows to see the interconnectedness of all parts and stages of the project and to define deliverables and timing to assess a progress. 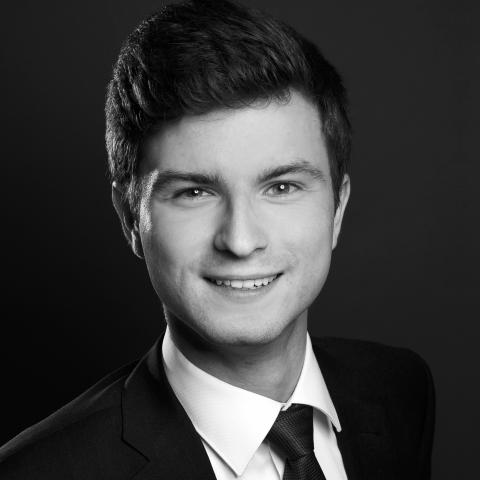 LUKAS T. SCHMIDT (BOOST’18), graduated from a joint master's program in Public Policy at CEU and the Institut Barcelona d'Estudis Internacionals. His impact strategy developed during BOOST focuses on contributing as a highly respected senior consultant for sustainable business and green policy. “Climate change will require unforeseeable changes for all business stakeholders around the globe,” explains Lukas when asked about the distinctiveness of his strategy. “Nevertheless, very few consultants build up expertise in the pressing policy domain of sustainability and there are barely any professional experts in transforming old-economy businesses to become more sustainable and therewith future-proof.” As Part of his Proof of Concept, Lukas completed an internship in the in-house consultancy of the German Ministry of Defense. “It was of great value to me,” Lukas point out. “It confirmed my motivation to work on demanding consultancy projects with socio-political relevance within the private and semi-public sector.” Lukas’s BOOST mentor was Dr. Bart Szewczyk. Lukas concludes that “BOOST has really helped me to narrow down my broad and sometimes contradictory career goals to a much more coherent and aligned strategy.” 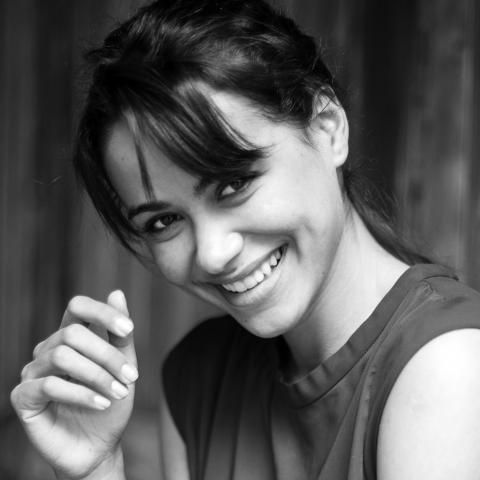 VIRGINIE LAROCHE (BOOST’18) graduated from MSc Program in Environmental Sciences, Policy and Management at CEU. Within BOOST, she worked on an impact goal of improving ecosystem and watershed protection, wastewater treatment as well as drinking water supply and sanitation in Latin America and the Caribbean. Her BOOST mentor was Miklós Bánkúti. “BOOST allowed me to work with extremely talented and passionate classmates, and earning innovative management approaches from seasoned professionals and resourceful mentors,” Virginie concludes. “I have been able to build my own strategy and understand the actions and major steps that must be taken to achieve my professional aspirations. It has been such an enriching and valuable experience for me.” 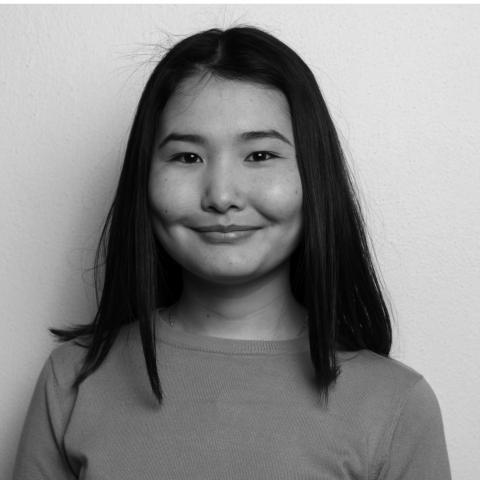 ASEL RAIYMBEKOVA (BOOST’18) is an alumna of CEU Economic Policy and Global Markets program. Within BOOST, she developed a strategy centered around the goal of making a positive impact within the real estate industry. Asel wants to influence decisions of various market players such as businesses, real estate agents, governments, appraisers, architects and homeowners. She intends her analytical contributions to help businesses to make better investments and real estate agents to better inform their clients about availability and cost expectations for the future. Her BOOST mentor was Tamás Boday. As part of her BOOST Proof of Concept project, she significantly upgraded her technical skills and secured a full-time position at Morgan Stanley’s commercial real estate team. “The process of creating a strategy within the BOOST Program  helped me to prioritize choices and opportunities so they are strategically linked to my life goals,” reflects Asel. “I have learned that to succeed I should constantly adapt to the environment and be agile. Moreover, I have realized that my strategy should align with my abilities, but at the same time not let the reality take over so that my passion and dreams can strive together with my resources. Only then, I can make a change in this world, and only then I can make others to believe in me and my dreams.” 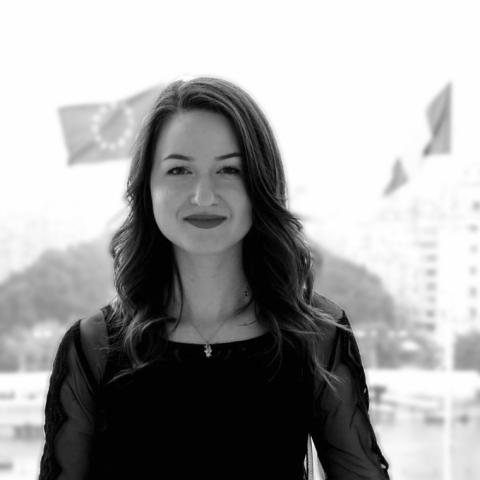 TATIANA BALABAN (BOOST’18) is a graduate of the Department of Legal Studies at CEU. Within the BOOST Program, Tatiana was working on a project aimed at assisting the creation of robust capital market in Moldova. She recalls that the project started on a strong belief “that we can get this emerging market to become a true investment machine.” She also appreciates how BOOST was able to look differently at the material covered in her CEU degree program, in particular in the Secured Transactions and Capital Markets class. Her BOOST mentor was Dr. Daniel Szeszler. As part of her BOOST Project, she secured a full-time position at National Securities Depository, National Central Bank of the Republic of Moldova. Working there she reports to "have been involved in several extremely important processes." 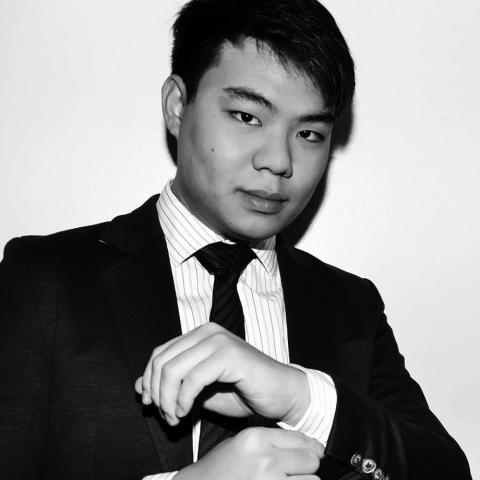 SHIH-HAO HSU (BOOST‘18), a graduate of a joint master's program of CEU School of Public Policy and the Institut Barcelona d'Estudis Internacionals, focuses on contributing to infrastructure development in South-East Asia. He hopes to create an impact within the region by helping enhance trade and labor connectivity among ASEAN nations. His BOOST mentor was Yevgen Groza. “The strategy tools and mindset equipped me not only to think about my own career, but also my project proposals and team management.” Shih-hao points out. “The biggest lesson I learned in the Boost program is to be strategic in all the choices that I make.” Shih-hao also appreciates how BOOST emphasizes realistic assessment of the professional environment in which one wants to make an impact. "The Program forced me to to analyze what I want inlife and what are the realities of the world I am in," Shih-hao concludes. 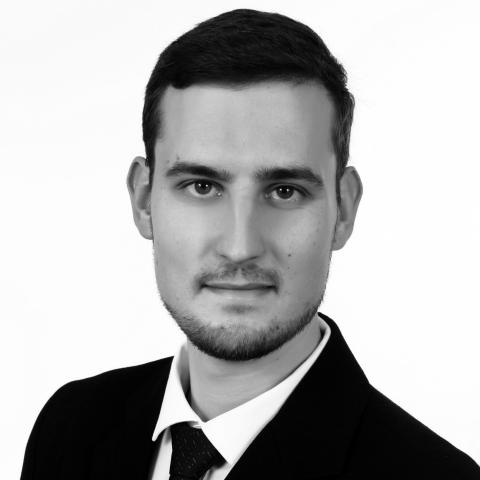 BALAZS LUKACS (BOOST’18) graduated from MA Economic Policy Program at CEU. His Impact Goal formulated during the BOOST Program is about contributing with his macroeconomic modelling and predictive skills as a senior economist in a private sector organization. That path  would allow him to look at economies in a holistic framework. Balazs’s BOOST mentor was Gabor Dalnoki. As his Proof of Concept, he secured a full-time position in economic analysis at OTP Bank -- one of the largest financial services providers in Central and Eastern Europe. “My BOOST project greatly added to my career,” Balazs concludes. 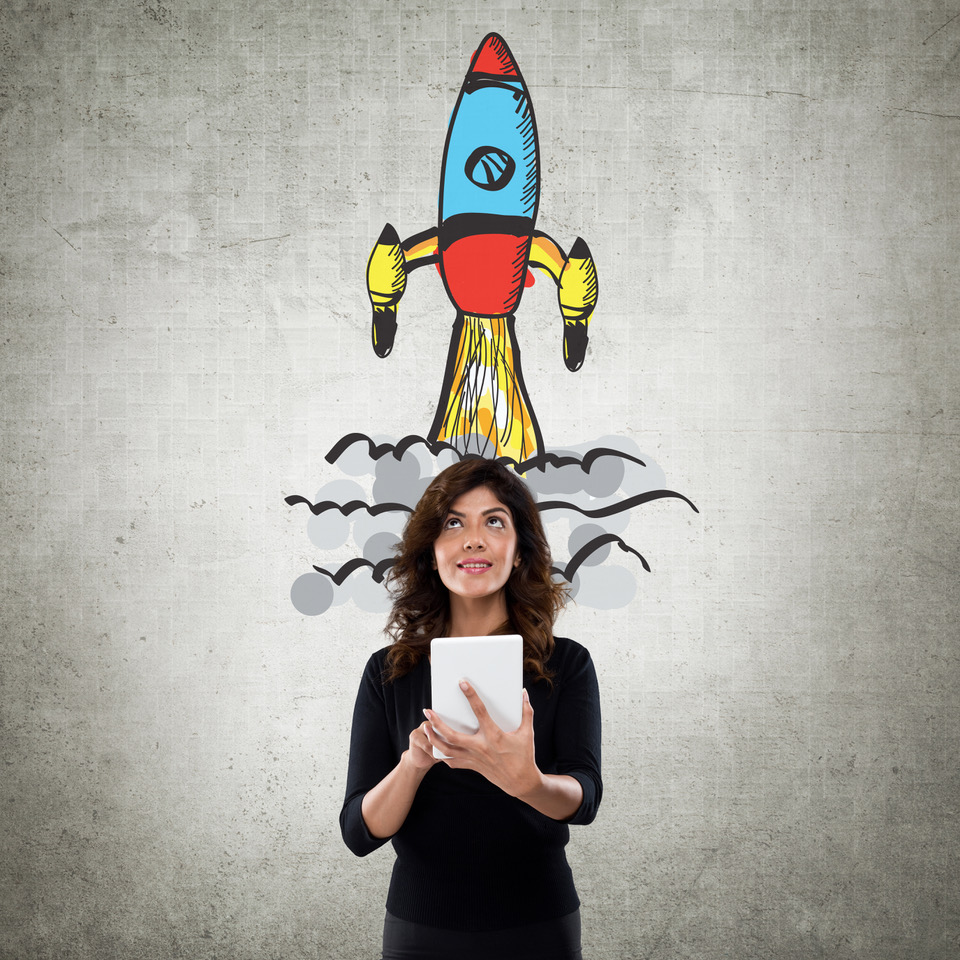