What is the scope of the Campus Redevelopment Project?

The campus redevelopment project reflects the University’s growth and match its ambitions. It will beautifully reflect CEU’s open society mission, while preserving the architectural and historical heritage of this great city. It will create a modern, sustainable, and cohesive urban campus that provides sufficient space for study, teaching, research, easy interaction among community members and visitors, and room for small planned growth in student and faculty populations.

What needs of CEU are addressed by the Campus Redevelopment Project?

For over two decades, CEU has served as an intellectual and cultural hub in its home district and in the city of Budapest. The campus redevelopment project will allow the University to host large public events and conferences – from high-profile lectures to artistic performances. Key components of the plan include a restructured auditorium and expanded public spaces. The library – which houses the largest English-language collection in Central Europe – will see a dramatic change with five floors of space, including 450 individual and group study places, multimedia teaching and learning facilities, and a learning café

Why are you constructing these new buildings?

Over the past quarter century, CEU has become a globally recognized academic institution and an invaluable asset in Budapest. As the University's needs changed and its population grew, the need for new space became evident.

The primary rationale for this project is academic. CEU started in one building – the Monument Building at Nador 9 – with fewer than 100 students. CEU has outgrown its initial premises, so the purpose of the construction is to have a proper campus that is fit for the function of a university and its goals and ambitions.

What impact will the project have on CEU’s historic campus?

The design of the new campus was inspired by the city of Budapest and its elegant courtyards. CEU wants its new building to feel like it's made for Budapest and that it's part of the inherited cultural landscape of this city.

In consultation with Budapest's Monument Authority, the project has been designed to preserve the architectural character of the city block and the historical importance of the university's buildings in the heart of Budapest. The project conforms with conservation requirements associated with being in a World Heritage buffer zone. The design took into account CEU's relationship to the nearby Danube River and existing monuments and aiming to better integrate the University in the urban/public realm.

How much space is affected by the project?

The project involves renovation and new construction of approximately 35,000 square meters at the downtown campus.

It affects seven contiguous CEU-owned buildings and one vacant site on the downtown block defined by Nador, Arany Janos, Oktober 6, and Zrinyi streets.

How much will the project cost, and how will it be funded?

The total budget for all three phases is approximately €34 million

What is the timeline for the construction?

How will the project affect life on campus and in the neighborhood?

A connected campus was the first principle – connected to the city and connected within itself. In the design, there is a focus toward the courtyards – ways of making interconnections between the buildings, not only on the ground floor, but on the upper levels.

The pitched roofs with windows to the sky in these courtyards give a feeling of openness and they will allow "breathing" space for social, intellectual interaction.

The planned rooftop garden, which will have spectacular views of both St. Stephen's Basilica and the Hungarian Parliament, will provide a campus atmosphere in addition to valuable green space. There will be levels of depth in the roof garden, so that proper trees can grow and take root there.

Much of the redevelopment takes place behind existing street facades, preserving the architectural character of the district and the city. Since one project goal is to enhance the University’s presence and civic outreach in Budapest, CEU is in constant consultation with local authorities to determine how the project can benefit the city most.

How does the project impact overall academic space on campus?

The multi-phased project will consolidate the University's academic and administrative operations, currently located in CEU-owned and rented properties on both sides of the Danube River. The project plans involve new construction and refurbishment of space spanning six contiguous buildings. The project will create a modern, sustainable, and cohesive urban campus with room for small planned growth in student and faculty populations.

Are the new facilities designed with sustainable building practices in mind?

The architects’ approach incorporates eco-friendly elements, a key factor is blending new construction into the existing environment. The orientation of buildings and how the sun hits them is considered, as well as the reuse of existing structures when possible.

Energy efficiency is a major feature of the project's design. The aim in creating new spaces is to reduce demand on energy consumption through design and bring in the use of energy resources as economically as possible. It is expected that the University's energy consumption will be reduced by one-third as a result of architectural solutions and installation of modern mechanical systems.

BREEAM principles (the world's leading design and assessment method for sustainable buildings) have been used in the design in order to support CEU's commitment to sustainability. The "green campus" will feature flexible classrooms and improved facilities for study, research, and group work

Who are the architects for the project?

The redevelopment project has been designed by award-winning, Dublin-based architectural firm O'Donnell & Tuomey in tandem with Hungarian partner M-Teampannon. Both firms have extensive experience in designing educational buildings.

What type of cost savings does the university hope to incur by the project?

The existing buildings had a lot of environmental and efficiency issues. With the redevelopment, we are looking at saving close to €1 million per year thanks to energy efficiency and not having to rent extra spaces anymore.

How can I ask other questions of the Project Team?

You can contact us by filling out our web form at http://www.ceu.edu/campus-redevelopment/have-your-say 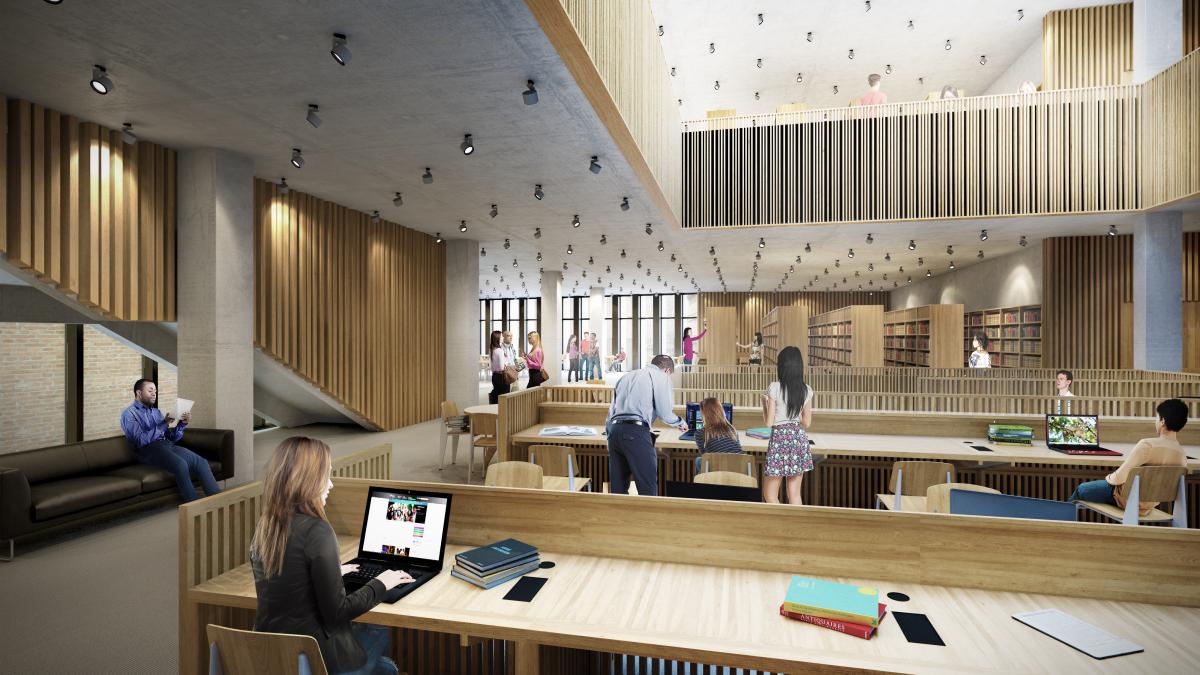