CEU’s campus in the center of downtown Budapest is an immense asset. Budapest is a strategic ‘crossroads’ location in Europe, and CEU’s campus is at the heart of and integrated into the life of the city. The fact that our present location is part of a World Heritage ‘buffer zone’ and is regulated from the point of view of development planning and architectural conservation should not be seen as a disadvantage. On the contrary, redevelopment of its campus offers CEU an excellent opportunity to take advantage of its unique local environment in creating a place of research and learning that is both international in character and a showcase for best practices in urban renewal in Budapest.

The project involves seven contiguous CEU-owned buildings and one vacant site on the downtown block defined by Nador, Arany Janos, Oktober 6, and Zrinyi streets. Expected to span five years, it will create a modern, sustainable, and cohesive urban campus that provides sufficient space for study, teaching, research, easy interaction among community members and visitors, and room for small planned growth in student and faculty populations.

The CEU campus is designed and built in way that reflects collegiality not only between faculty and students within a department, but also between and among colleagues, students and staff members from different departments, units and research centers. The classrooms and seminar rooms where teaching and learning take place will be complemented by informal spaces for interaction of the CEU community. 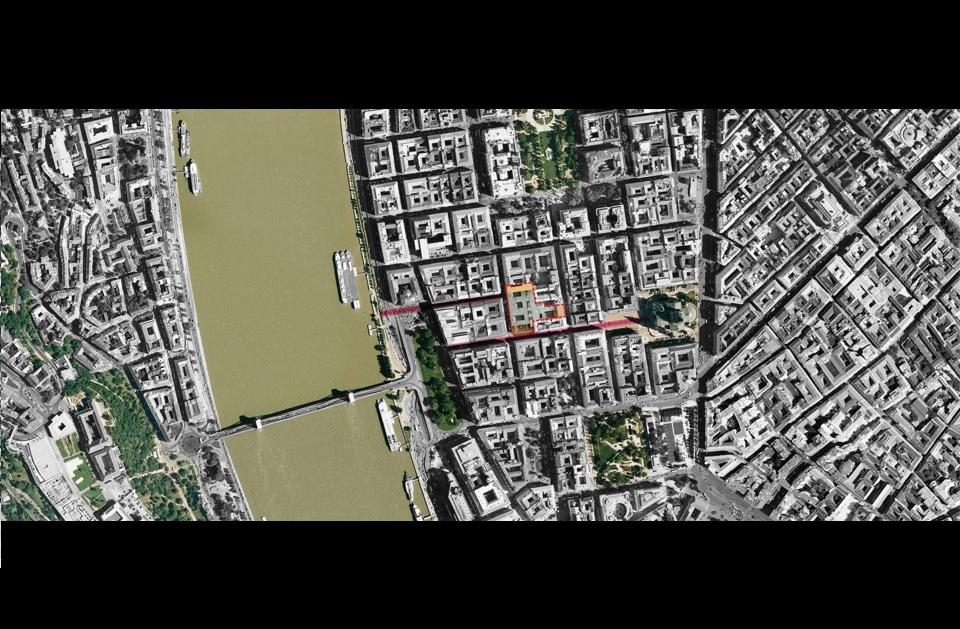 Project plans for the three phases were have municipal and heritage protection authorities approval and valid building permits. The overall hard cost budget of approximately €34 million in total.

In Phase Two, expected to begin two years after Phase One launches, CEU will replace its building at Oktober 6 utca 12 and renovate the Faculty Tower within its Nador utca 9 footprint, and add a wing linking those two structures. In the process, it will create a public passageway through the preserved courtyards of its buildings, connecting Nador and Oktober 6 streets.

In the project’s final phase, tentatively scheduled for 2018 and 2019, CEU will renovate its Nador utca 11 building and, to a minor extent, the Monument Building at Nador utca 9. 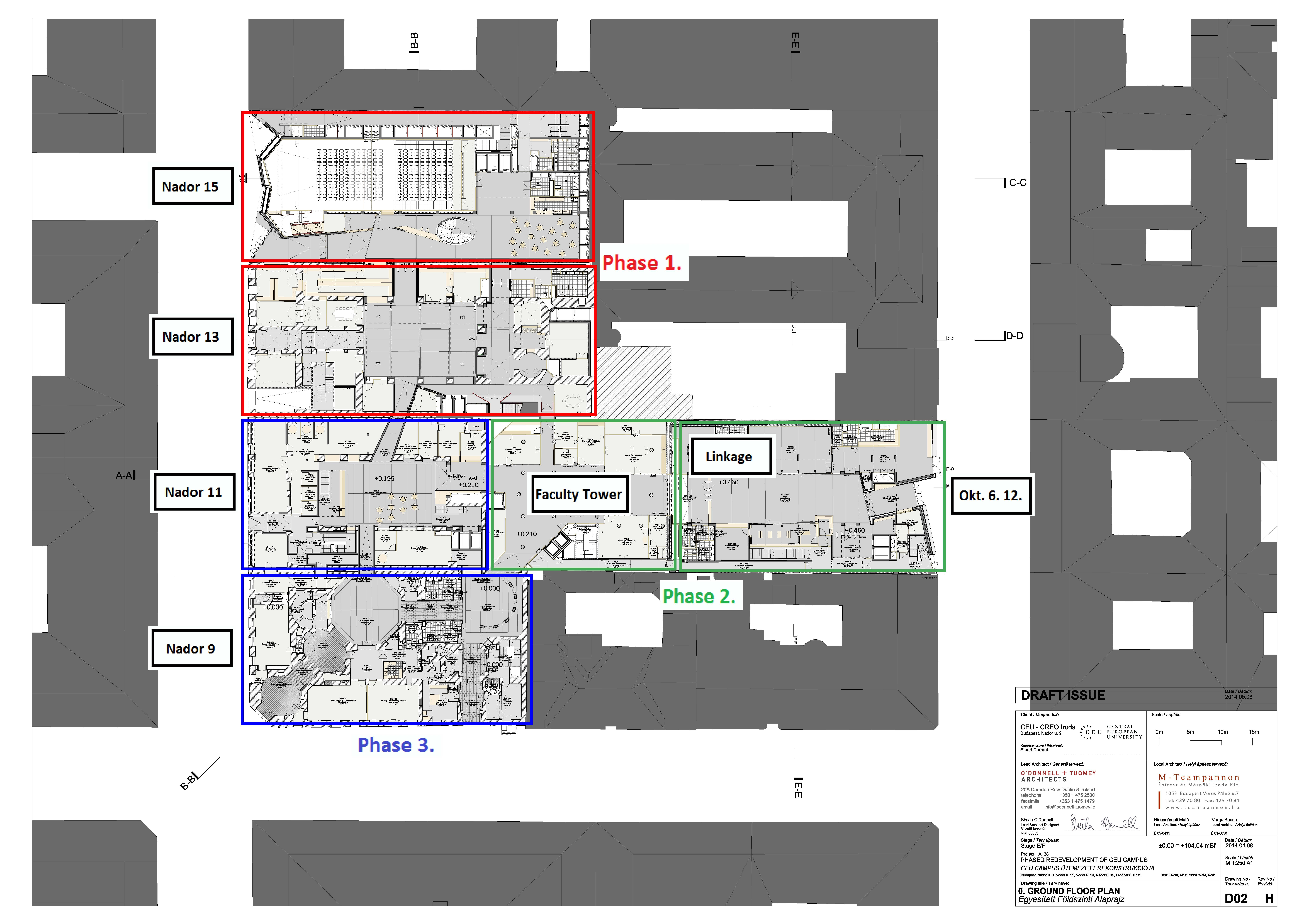 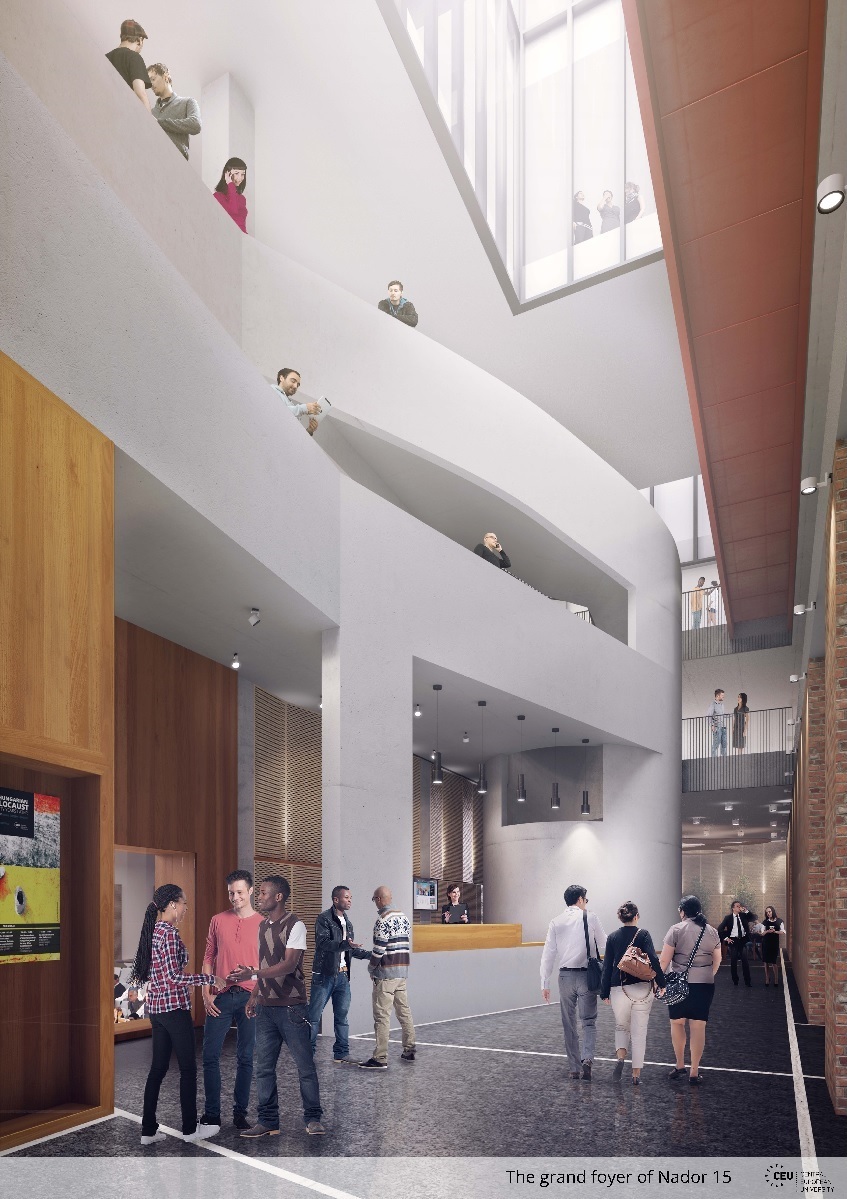