June 13, 2017
"We welcome the beginning of discussions on June 23 between the government of Hungary and the office of the Governor of New York. On behalf of our colleagues at CEU, we urge the Government of Hungary to seek a solution that enables CEU to continue as a free institution in Budapest awarding American and Hungarian accredited degrees. We would be pleased by such a solution, which would demonstrate Hungary’s commitment to fundamental European values of freedom in scientific research and teaching." Read the full letter at the link below. 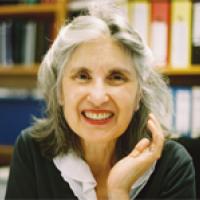 April 21, 2017
Director, Professor Lorraine Daston: I write with all due respect to urge you and your colleagues to protect the academic freedom of the Central European University against the proposed legislative changes now before the Hungarian Parliament that would not only curtail free intellectual inquiry but also damage Hungary’s reputation at leading academic institutions worldwide. ...By all indicators, the CEU is a resounding success, and a model for other universities, including here in Germany.