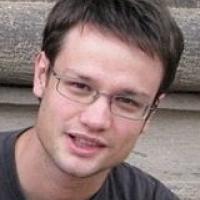 April 26, 2013
A paper submitted by doctoral student Imre Gergely Szabo to the Society for the Advancement of Socio-Economics was selected to receive the Awards Committee Prize for its outstanding scholarship at the society’s annual conference, June 27-29. The prize, for the paper titled "Labour Politics in a Weak Institutional Environment: Structural Power and Strategic Alliances of Healthcare and Education Employees in East Central Europe," is to be presented at the conference’s gala soirée. Szabo is a second-year PhD student in political science with a concentration in political economy. 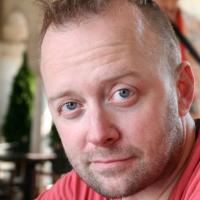 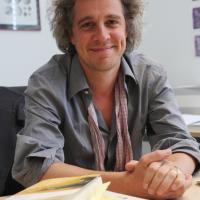 April 26, 2013
Philosophy Professor Matthew Braham of University of Bayreuth is the winner of the second annual European Award for Excellence in Teaching in the Social Sciences and Humanities. The award, initiated by CEU Chief Operating Officer Liviu Matei and overseen by the University’s Center for Teaching and Learning aims to promote excellence in teaching across the European Higher Education Area.

April 26, 2013
In April, two of the University’s senior leaders gave interviews to mainstream Hungarian media outlets. President and Rector John Shattuck spoke with the third largest news portal in Hungary, hvg.hu, about human rights and the rule of law. Shattuck commented, among other topics, on the debate in the United States about the use of drones, the results of the Arab Spring from a human rights perspective, and the greatest challenges that face democracies today. 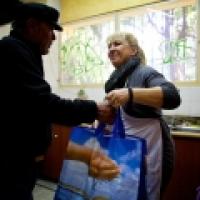 April 26, 2013
Open Society Foundations, a sister organization of CEU, has launched an initiative called Solidarity Now to support people affected by the economic crisis in Greece. Based on the belief that Europe must reclaim its vision of a community based on unity, Solidarity Now is a collaborative funding initiative, accepting donations small and large from individuals and organizations in Europe and elsewhere.

April 19, 2013
CEU’s School of Public Policy (SPP) has obtained registration with the New York State Education Department for its two-year Master of Public Administration (MPA) program. SPP will welcome its inaugural class in September 2013. For more about the school and its founding faculty, see http://spp.ceu.hu.

April 19, 2013
Andras Kovacs, professor in the Nationalism Studies Program and director of the Jewish Studies Project, was awarded the Szechenyi Prize by Hungarian President Janos Ader on March 15. The award honors those who have made an outstanding contribution to academic life. Kovacs, who is also a member of the Hungarian Academy of Sciences, received the Szechenyi Prize in recognition of decades of teaching and research in the field of post-war Hungarian Jewish history, as well as the sociology of minorities and minority identities. 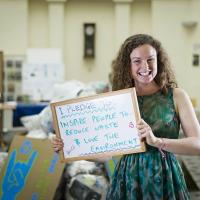 April 19, 2013
“We’re all part of the problem, but we’re all part of the solution,” says Elana Hawke, an MSc student in the Department of Environmental Sciences and Policy who asked students, faculty, and staff to have themselves photographed with their pledge to reduce waste in their own lives at the WasteFest event March 19-21. The event highlighted the amount of waste produced by the CEU community every day. “I wanted people to think of something in their lives that they could change. Taking a photo made them more accountable, and took the message further.”

April 19, 2013
CEU’s Center for Policy Studies is collaborating with seven universities in the Reducing Early School Leaving in the EU (RESL.eu) research project, which received a total of €6,483,000 in funding through the European Commission’s 7th Framework Program. The project aims to provide insights into the mechanisms and processes that influence a student’s decision to leave school or training early, as well as into the decision of school leavers to enroll in alternative learning arenas unrelated to a regular school.