Frontiers of Democracy is a far-reaching CEU initiative that aims to promote open debate, discussion, and exchange of ideas with a diversity of views about the nature of democracy today. Scroll down for news on upcoming and past events in the series. Click here for CEU faculty and student research related to this initiative.

As part of CEU's Frontiers of Democracy series, experts gathered for a unique conference that spanned the Atlantic with experts focusing on minority rights in both the U.S. and Europe. “Inside the Struggle: The U.S. Civil Rights Movement & the European Roma Rights Crisis” took place Dec. 7-8 in Budapest and was complemented by a related film series. The conference was supported by Open Society Foundations. 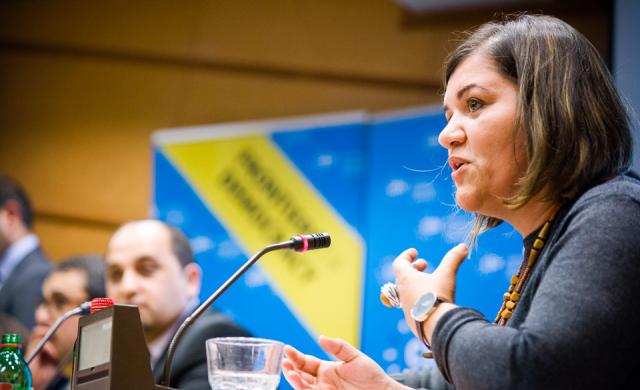 Bosnia-Herzegovina must move beyond ethno-nationalist politics, away from corruption, and toward common solutions to poverty and unemployment in order to achieve stability and prosperity, according to those attending the conference “Bosnia and Herzegovina: Twenty Years after Dayton” at CEU November 18. CEU President and Rector John Shattuck, who played a key role in the Dayton peace negotiations, hosted the event, in cooperation with CEU’s Center for European Union Enlargement and the Friedrich Ebert Stiftung. 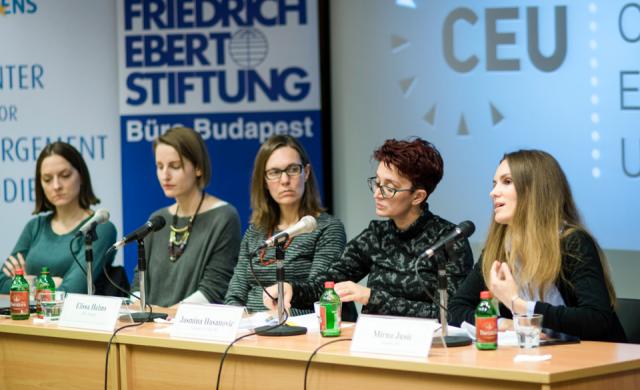 Inequality and Polarization on the Rise, “Democracy and its Discontents” Panelists Say

The second day of the “Democracy and its Discontents” conference at Central European University (CEU) on October 10 in Budapest brought scholars together to discuss the linkages between democracy and inequality, and to draw conclusions following two intense days of presentation and discussion. 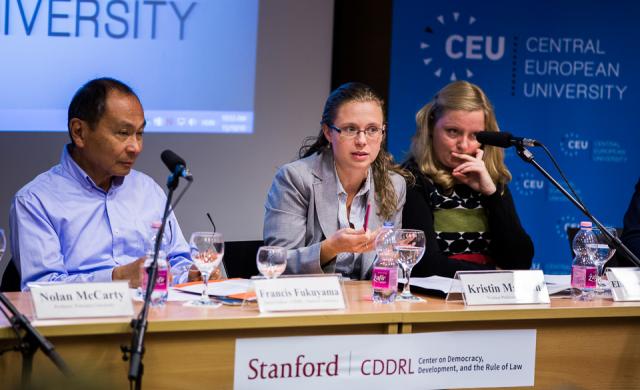 Fukuyama Speaks at CEU about the Future of Liberal Democracy

October 14, 2015
Frontiers of Democracy
CEU in the Hungarian Media
News

In a Decade, Illiberal Democracies Will Be Over For Good 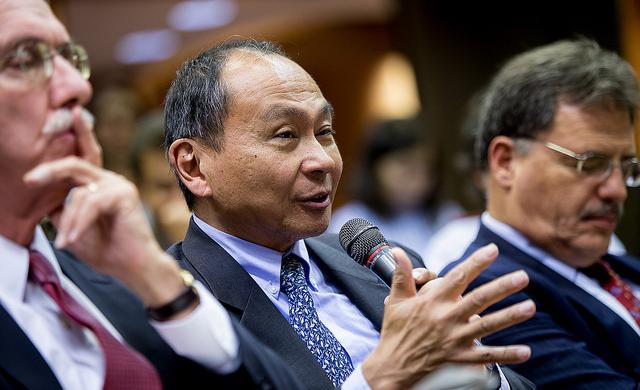 “Democracy and Its Discontents“ Examines Global Challenges to Democratic Principles

Democracy, although it has spread dramatically over the past few decades, faces serious challenges around the world today. At the “Democracy and its Discontents” conference at Central European University (CEU) October 9 and 10 in Budapest, scholars came together to discuss the nature of these challenges and the future of democracy and its institutions. 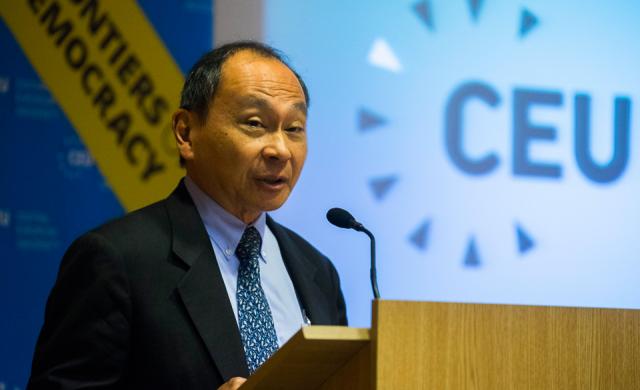