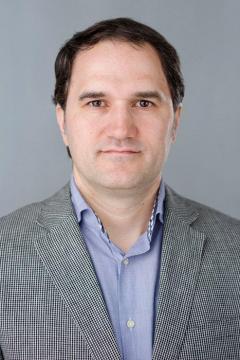 Dr. Constantin Iordachi is Professor at the Department of History, Central European University, Budapesta. Editor of the journal East Central Europe (Brill) and member of editorial committee of the journal Fascism: Comparative Fascist Studies (Brill). Author and (co-)editor of over 15 books among which: The Biopolitics of the Danube Delta (2014); The Collectivization of Agriculture in Communist Eastern Europe (2014); Hungary and Romania Beyond National Narratives (2013); Anti-Semitism and the Holocaust in East-Central Europe (2012); Redobândirea cetăţeniei române (2012); Fascism in East, Central and Southeastern Europe (2010); Comparative Fascist Studies: New Perspectives (2010); Transforming Peasants, Property and Power: The Process of Land Collectivization in Romania, 1949-1962 (2009); Charisma, Politics and Violence: The Legion of "Archangel Michael" in Inter-War Romania (2004); România şi Transnistria: Problema Holocaustului (2004); and Citizenship, Nation and State-Building: The Integration of Northern Dobrogea in Romania, 1878-1913 (2002).

Don Kalb is professor of sociology and social anthropology at Central European University, Budapest, and Senior Researcher at Utrecht University, the Netherlands. His publications include Expanding Class: Power and Everyday Politics in Industrial Communities, The Netherlands, 1850-1950 (Duke University Press), 1997; (ed.) The Ends of Globalization. Bringing Society back in, (Rowman and Littlefield Publishers), 2000; (ed.) Globalization and Development: Key Issues and Debates (Kluwer Academic Publishers), 2004; (ed.) Critical Junctions: Anthropology and History beyond the Cultural Turn (Berghahn), 2005; (ed.) Headlines of Nation, Subtexts of Class: Working Class Populism and the Return of the Repressed in Neoliberal Europe, (Berghahn) 2011; and (ed.) Anthropologies of Class (Cambridge U.P) 2015. He is Founding Editor of Focaal – Journal of Global and Historical Anthropology and of FocaalBlog. In 2015 he was a Distinguished Visiting professor at the Advanced Research Collaborative at CUNY/Graduate Center, New York. He is a co-leader of the Financialization Project at the Max Planck Institute for Social Anthropology in Halle, Germany (together with Chris Hann), and the recipient of an “International Elite Researcher” grant from the University of Bergen to pursue a project on ‘Frontiers of Value’ (2016-2021). 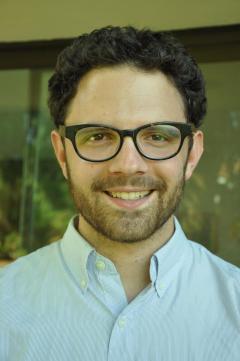 Charles Shaw is a social and cultural historian of the Soviet Union with an emphasis on Central Asia. His research is centered in the transformation of Central Asia from a borderland connecting three empires to an integral part of the Soviet project, a process that in many ways culminated in World War II. His book project based on his dissertation, Making Ivan-Uzbek: War, Friendship of the Peoples, and the Creation of Soviet Uzbekistan, 1941-1945, argues that processes like mobilization, evacuation, and deportation helped to integrate the region into a larger sovetskii narod, or “Soviet people,” fundamentally reshaping Eurasian political identities. Shaw explores themes of imperial flexibility and national mobilization to show how the stresses of total war forced Moscow to make compromises with local society, including Islamic practice in the army and a violently enforced postwar conservative rural social order. Thus although the war created avenues for Uzbeks to become more Soviet, they succeeded while changing what “Soviet” meant. For additional details, see http://history.ceu.edu/people/charles-shaw