Today, liberal democracies are under unprecedented strain from within and without. In each episode of Democracy in Question, renowned social anthropologist and CEU President and Rector Shalini Randeria invites a leading scholar or public figure to explore the challenges and dilemmas facing democracies around the world. They investigate what needs to be done to ensure the future well-being of our democratic institutions and practices.

Join Randeria and her guests for a series of dynamic discussions about democratic issues worldwide. Listen to the trailer and subscribe now, wherever you get your podcasts.

Freedom of Expression in an Unequal World, with Irene Khan

This episode explores challenges generated by the digital age and their impact on freedom of expression in an unequal world. What threats does disinformation pose to democracy? Why are minorities unable to exercise their right to free expression equally in the digital space? And how can big data and tech corporations be subject to accountability and regulation?

This episode explores the political phenomena related to governance in illiberal democracies. What relationships do such regimes have to the rule of law and the constitution? How does legal cheating play a role in the governance style? And how can democracy be restored after an illiberal interlude?

This episode explores what the Pandora Papers reveal about wealth and the governance of a global financial system. What are the common strategies adopted by wealthy companies, individuals, and organizations to evade tax accountability? How have democracies across the world responded to the revelations of the Pandora Papers? And what models are available for publicly-oriented investigative journalism that can hold power accountable?

This episode explores the concept of populism and fundamental structures that give legitimacy and efficacy to democratic politics. Is populism the direct result of a crisis of representation? How can we strengthen representative democracy against the threat of soft authoritarian politics? And what has happened to intermediary institutions of democratic politics in this era of populism?

The Right to Belong, with Paula Banarjee

This episode explores questions of citizenship, displacement, statelessness, and the ways in which they are related to aspects of race and gender. The discussion includes an examination of the right to belong to a state and the right of people to move across borders in search of security and stability in the context of South Asia and beyond.

The Role of Radio in Transitions to Democracy, with Caroline Vuillemin and Said Nazir

The episode explores the role of locally embedded news and media organizations in facilitating citizen participation in societies seeking to further democracy. In the age of misinformation, can the patient and steady pace of radio journalism prove to be a much-needed democratic corrective? In the discussion, guests examine the role of the radio and the opportunities facing this medium of public communication.

Biopolitics from below, with Ranabir Samaddar

This episode explores the specific nature of democratic politics during the COVID-19 crisis. Anchored in the specificity of the experience of the pandemic in India, the episode also addresses the global transformation of politics in a time of crisis. How has the pandemic changed our understanding of politics? What does it mean to refocus on life as the primary object of politics? And what does the COVID-19 crisis reveal about the nature of the contemporary Indian state and the fundamental concepts of sovereignty and citizenship?

Challenges of the Israeli democracy today, with Avrum Burg

The episode explores the challenges with which the Israeli democracy is confronted. As Israel stands at the crossroads after the defeat of its longest serving Prime Minister Benjamin Netanyahu, with his expansionist politics, which have marked the country's territorial expansion over the last decades, this episode asks: Will the new eight party coalition government mark the beginnings of a fight against the radicalization of the Israeli state and society? And what are the long-term effects of this radicalization, not just for the Israeli democracy itself, but also for the rights of Arab and Palestinian people in the region? Can democracy survive in Israel when the Arab minority is denied its legitimate claims to equal citizenship in the country? And what is the relationship of religious sentiments, religious resurgence, with democratic politics?

Language and public discourse in the success of right-wing political movements, with Ruth Wodak

What is the nature of the linguistic and discursive repertoires of contemporary right-wing mobilizations in Europe? In this episode of Democracy in Question, presenter Shalini Randeria continues the conversation about the rise of radical right-wing political movements in recent years across the world with Ruth Wodak, Emeritus Distinguished Professor at Lancaster University, and visiting professor at CEU. Together they explore the role of language and public discourse in the scheme of things, asking how this increasingly vitiated public discourse promotes the cause of a politics based on fear.

The struggle for voting rights in the US today, with Stacey Abrams

The most pernicious assault on American democracy today are the laws and measures enacted in various state legislatures under Republican control that aim at voter restriction. Among the foremost voices in the struggle for democratic rights in the United States is Stacey Abrams, U.S. politician and activist. Her campaign for protecting voting rights and resisting disenfranchisement of black and other minority voters has been central in pushing back against these insidious moves that dismantle democracy from within using formally legitimate means. We open our third series of Democracy in Question by asking Stacey to shed light on organizational and political issues around voting rights, democracy, and demography.

To hear the first two series co-produced by the Graduate Institute’s Albert Hirschman Centre on Democracy and the Institute for Human Sciences (IWM) Vienna, visit here. 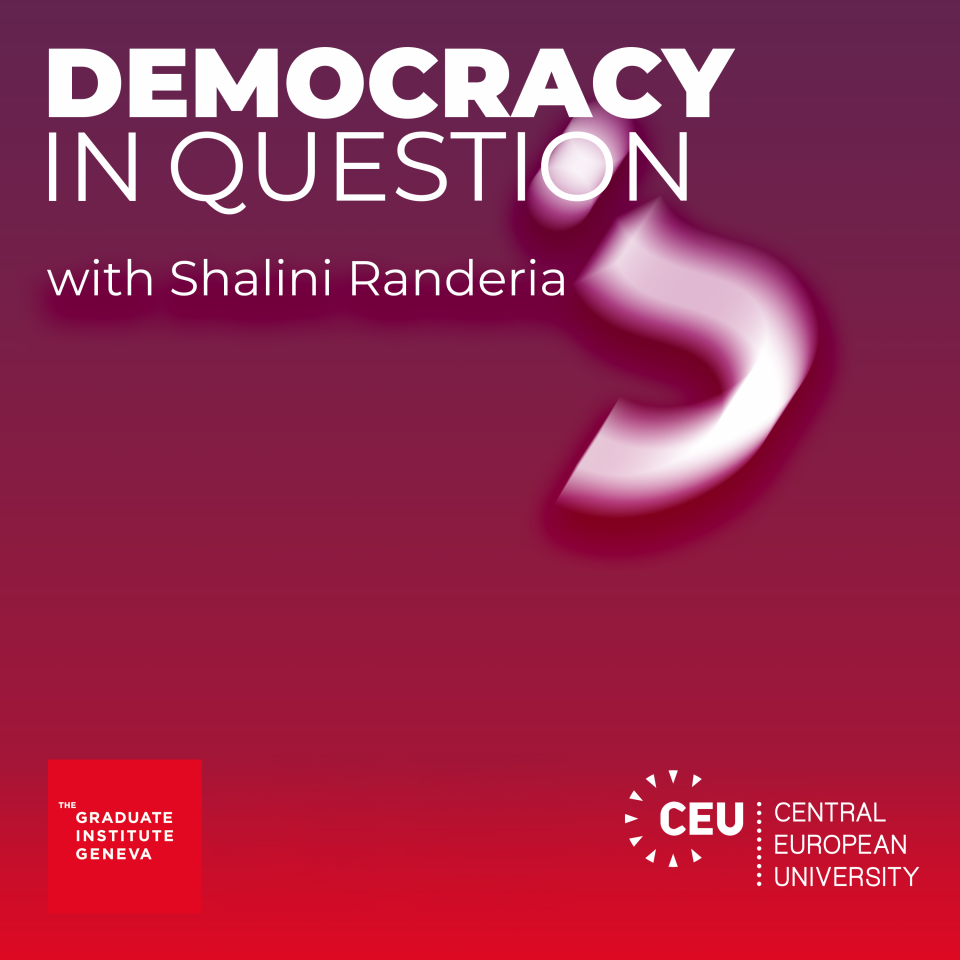 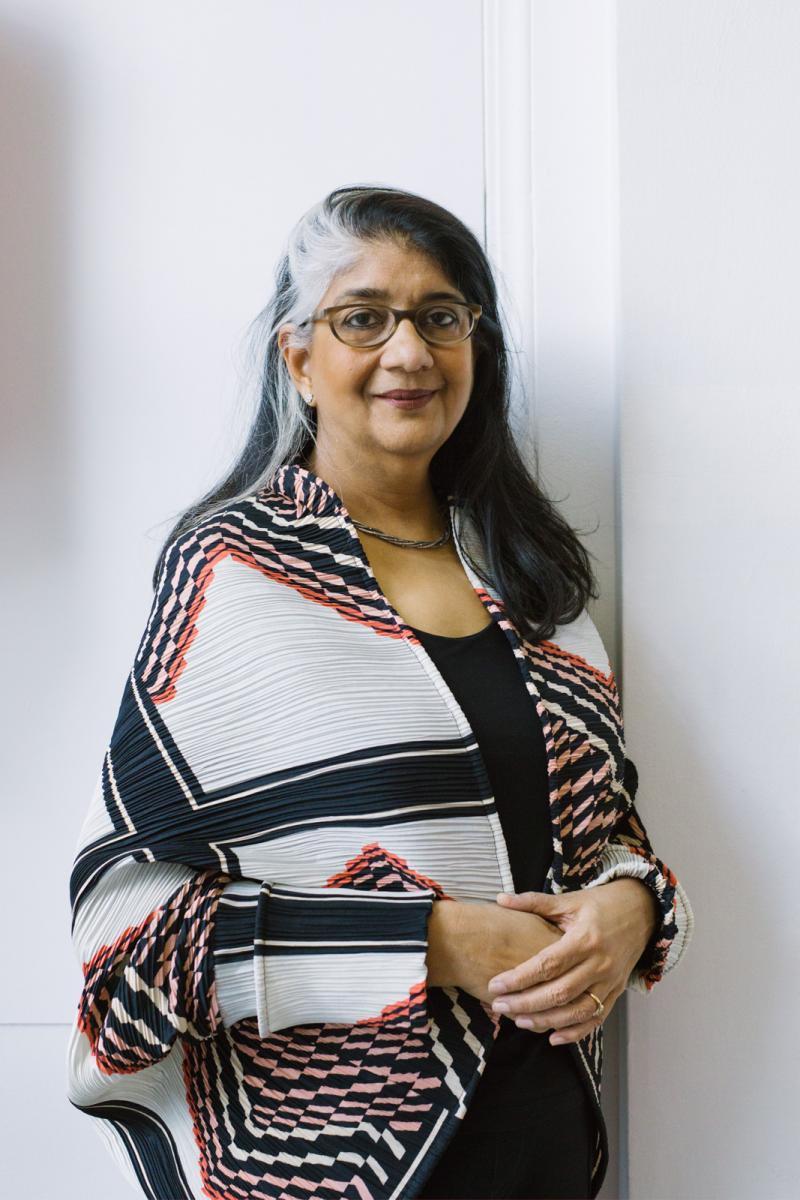