CEU Releases Largest-Ever Study of European Data Privacy Breaches: 226 Million Personal Records Have Been Compromised in Europe in the Past Decade

October 7, 2014
Budapest, Oct. 7, 2014 – Findings from a report released today by Central European University's Center for Media, Data and Society (CMDS) indicate that the personal data of millions of Europeans have been compromised with 89 percent of the breaches the fault of corporations, rather than governments or other kinds of organizations. 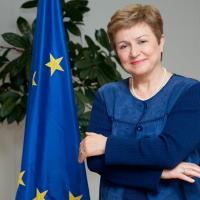 March 6, 2014
Researchers in CEU's Center for Policy Studies (CPS) are participating in a large-scale project that aims to strengthen counter-trafficking efforts in Europe by addressing two deficiencies in current discourse: lack of in-depth knowledge of new forms of child-trafficking and lack of involvement of the Roma community (a group at high risk of child trafficking). The project, funded by the EU Commission, will focus on three new forms of trafficking: child begging, labor exploitation for pick-pocketing, and sexual exploitation of boys. 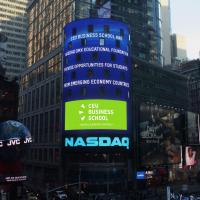 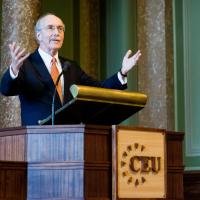 February 22, 2013
Budapest, February 19, 2013 – Researchers have produced a mathematical model to describe how conflicting opinions are resolved over articles that appear on Wikipedia, the collaboratively edited encyclopedia. The study maps the evolution of opinion over time so that even widely diverging opinions may eventually converge. The researchers say this pattern emerges from the interaction of the editors resulting in collective human behavior reminiscent to interaction of particles in physics.

November 28, 2012
Budapest, November 28, 2012 – Central European University (CEU) is initiating a campus redevelopment project as part of a new five-year strategic plan to strengthen the University. The plan calls for broadening CEU’s humanities fields, reinforcing the social sciences, building a school of public policy, revitalizing CEU Business School and integrating it into the University, and redeveloping the campus.

November 26, 2012
Budapest, November 21, 2012—The Emissions Gap Report, coordinated by the UN Environment Programme (UNEP) and the European Climate Foundation—was released today, five days before the Climate Change Conference of the Parties opens in Doha. Co-authored by CEU Professor Diana Urge-Vorsatz, it shows that greenhouse-gas emission levels are approximately 14% above where they need to be in 2020, according to previous assessment reports.

October 2, 2012
Budapest, September 27, 2012—Associate Professor Miklos Koren and Professor Botond Koszegi of the CEU Department of Economics have been awarded the prestigious Starting Grant of the European Research Council (ERC). Professor Koren received €1.314 million for research on “Measuring Knowledge Flows from Developed Countries to Central and Eastern Europe.” Professor Koszegi received €1.275 million for research on “Behavioral Theory and Economic Applications.” Koren and Koszegi are the only recipients of the ERC Starting Grants from Hungary this year.