By awarding CEU’s highest award to Shailaja Teacher, the university honors a public servant and female leader for her commitment to public health services, the bedrock of every open society.

A worthy recipient of the Open Society Prize, Svetlana Alexievich demonstrates that a fierce commitment to stand up for the truth of ordinary people’s lived experience of suffering and endurance is a critical value for any open society.

The Open Society Prize was granted to economist and Nobel Prize laureate Joseph E. Stiglitz for a lifetime of brilliant economic analysis and outspoken advocacy of open society values.

The Open Society Prize was awarded to the distinguished Hungarian economist Janos Kornai in recognition of his work inspiring economic transition in former communist societies.

Joachim Gauck, president of Germany from 2012 to 2017, was awarded the 2017 Open Society Prize in recognition of his courageous defense of human rights and his distinguished record in the service of free societies.

MSF was named the winner of the 2016 CEU Open Society Prize in recognition of the courageous humanitarian leadership the organization has shown throughout the world.

IRF was named the winner of the 2015 CEU Open Society Prize in recognition of its contribution to efforts toward the creation of an open society in Ukraine.

The Open Society Prize was granted to Georgieva for her activity and direct involvement in crisis management and aid to Haiti, Pakistan, and Chile after natural disasters.

The Open Society Prize was granted to Abed for establishing BRAC (formerly Bangladesh Rural Advancement Committee) to initiate rehabilitation activities in Bangladesh. BRAC has become the largest development organization in the world in terms of the scale and diversity of its interventions. BRAC is ranked #1 on the Global Journal's list of Top 100 NGOs.

2009 / MARTTI AHTISAARI, Nobel Peace Prize Laureate (2008), Former President of the Republic of Finland (1994–2000), and Founder of the Crisis Management Initiative

2008 / KOFI A. ANNAN, Seventh Secretary-General of the United Nations

The Open Society prize was granted to Del Ponte in recognition of her enormous contribution to the process of achieving justice for the victims of serious violations of international humanitarian law.

The Open Society Prize was granted to Lagos for his enormous contribution to the political and social development of Chile, notably the crucial role he played in the fight for the recovery of democracy there and the substantial social, economic and educational reforms which he initiated in his long and distinguished political career.

2002 / MIKHEIL SAAKASHVILI, Former Minister of Justice of Georgia
and co-recipient ZURAB ZHVANIA, Former Chairman of the Parliament of Georgia

2001 / BRONISLAW GEREMEK, Former Minister of Foreign Affairs of the Republic of Poland

2000 / ARPAD GONCZ, President of the Republic of Hungary and co-recipient MAMPHELA RAMPHELE, a Managing Director of the World Bank 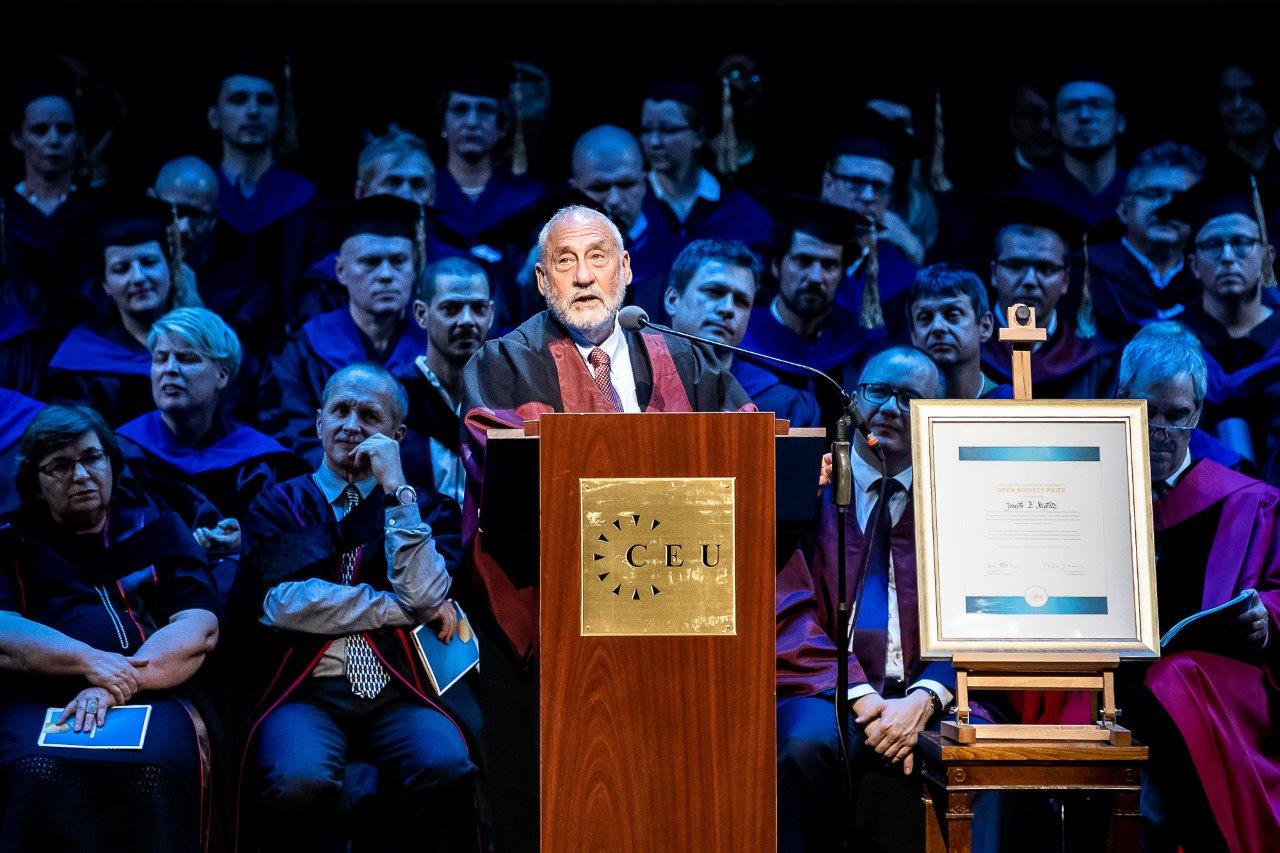