Our new campus is designed with the same forward-thinking spirit through which CEU was born, and will encapsulate the enterprising vitality with which we operate today.

CEU's plan to revitalize and expand its downtown campus in downtown Budapest was halted when the Hungarian government introduced the change in Hungary's law of Higher Education in 2017. The University subsequently moved teacing to Vienna. In October of 2020 the European Court of Justice ruled that the law change commonly known as "Lex CEU" has violated Hungary's WTO commitments and the EU law and the Charter of Fundamental Rights of the European Union “relating to academic freedom, the freedom to found higher education institutions and the freedom to conduct a business.” The Hungarian complied with the ruling by changing the law in April of 2021.

The original plans for the Budapest Campus Project aimed to bring together ambitious academic programs into an open, connected campus that reflects its diversity and mission.

The three-phase renewal began in late 2014 and was planned to be completed by 2019.

In 2016 February the first phase of CEU’s campus redevelopment project, was awarded the Planned Project of the Year 2015 in the “Ev Irodaja” (Office of the Year) competition.

The ambitious redevelopment aimed to: 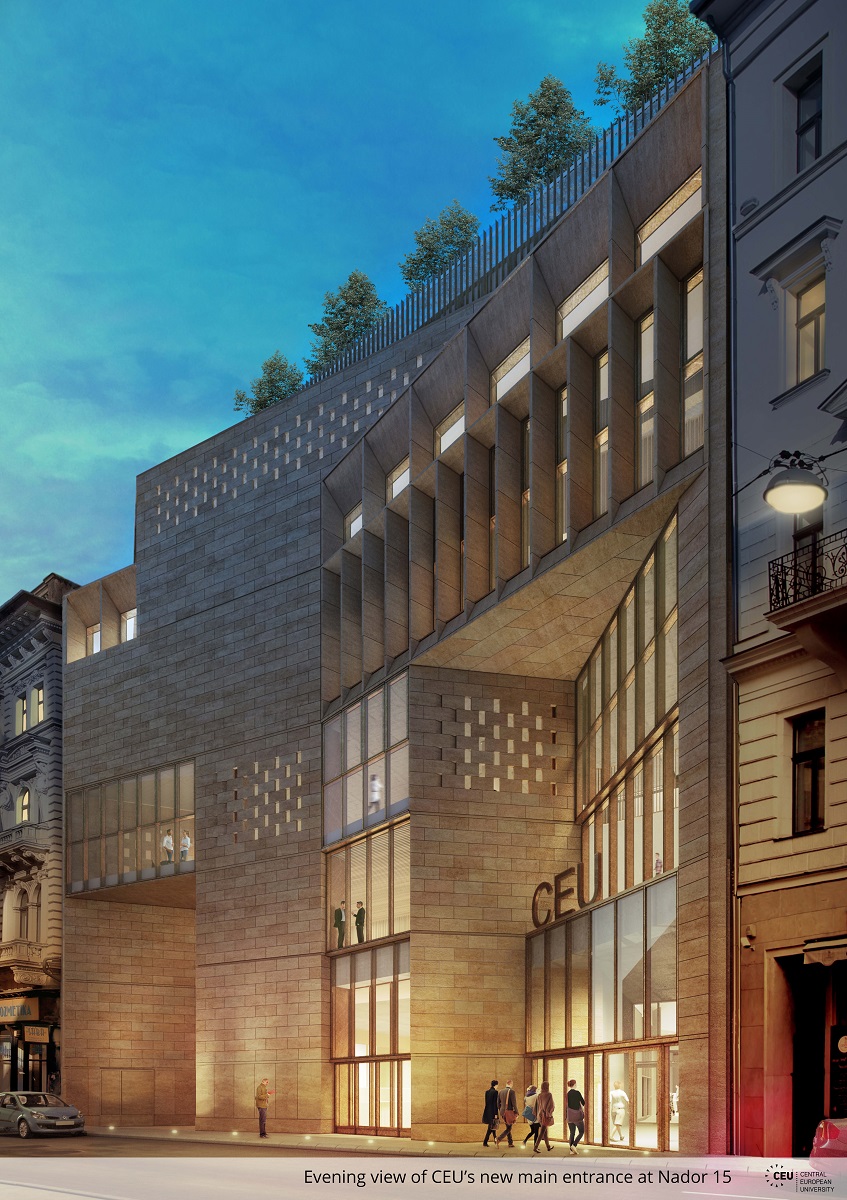