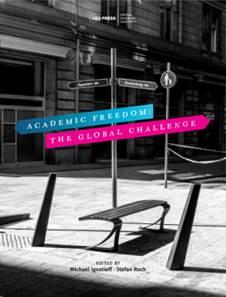 In June 2017, CEU convened a gathering of international experts and political figures to examine the state of academic freedom world-wide. This volume summarizes the highlights of our discussions. We ranged widely, from the closing of universities in Turkey and the narrowing space for academic freedom in Hungary, China and Russia, to the controversies about free speech roiling American campuses. In this volume, you will read thoughtful historical analysis of the origins of the ideal of academic freedom; eloquent testimony from the front lines of the battle to defend the academy as a free space for controversial thought; as well as analysis of how university autonomy and self-government are endangered by hostile political forces around the world. We hope students and faculty, university administrators, journalists and politicians in many countries will find our CEU discussion a useful guide in understanding the global nature of the challenge to academic freedom.

If there is a single conclusion from this volume it is that academic freedom is too important to be left to universities to defend by themselves. Universities need to rebuild public confidence in their mission.

You may order the book via CEU Press.