The world is more anxious, more claustrophobic and more interconnected than ever, said Robert D. Kaplan, author and senior advisor of the Eurasia Group, speaking at CEU May 31 as part of the Rethinking Open Society series. Altering regional dynamics as a result, Kaplan said. 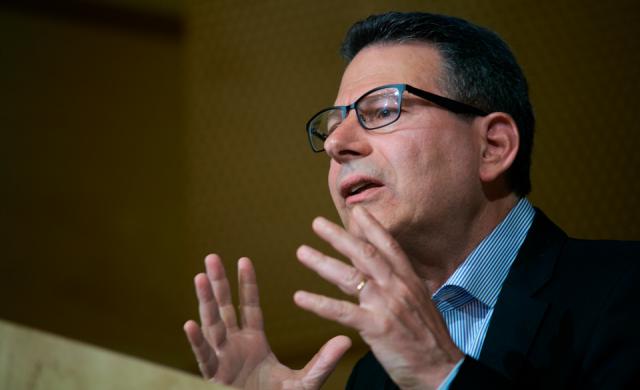 Benner on the Dangers of Demagoguery

When it comes to politics, talk is not cheap, said Erica Benner, a fellow at CEU's Institute for Advanced Study and at Yale's Department of Political Science. “It's a mistake to think that political communications don't matter. Speech matters,” Benner said at her May 25 lecture “Beyond Demagoguery? 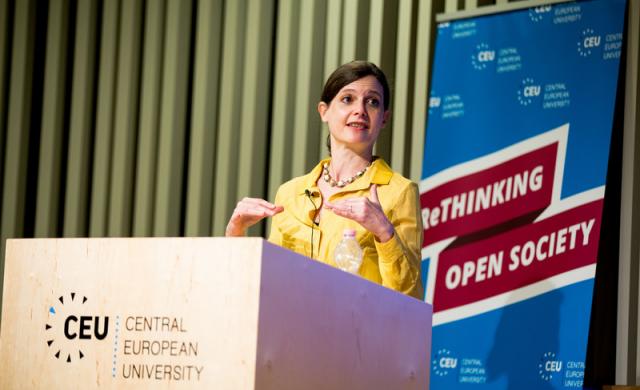 Liberal democracy has been more successful than other types of government by many measures, meaning it should prevail, according to Stephen Walt, professor of international affairs at the Kennedy School of Government at Harvard, speaking at CEU at a President’s Seminar May 29, part of the Rethinking Open Society series. Walt, known as a realist, outlined the recent failures related to liberal democracy and open society, and listed a set of remedies. 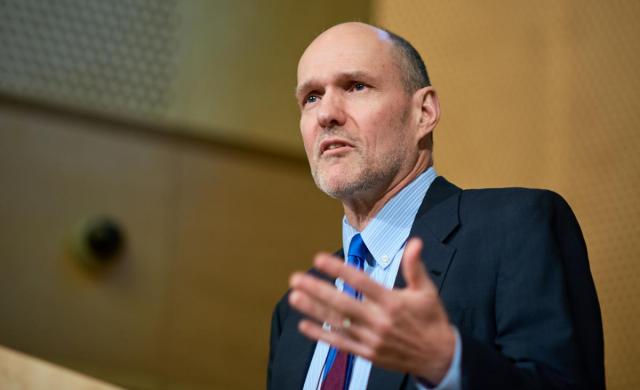 The Clash Between Hierarchies and Networks Shapes History, Ferguson Says

History is characterized by the clash of hierarchies and networks, said Niall Ferguson, senior fellow at the Hoover Institution, Stanford University, and the Center for European Studies at Harvard University, speaking at CEU on May 22 as part of the Rethinking Open Society series. Hierarchies are vertical systems, while the “network” stands for the horizontal, interpersonal connections organically forming in societies. The hierarchy is now globally challenged by the network, but it’s too early to say which one will dominate, Ferguson said. 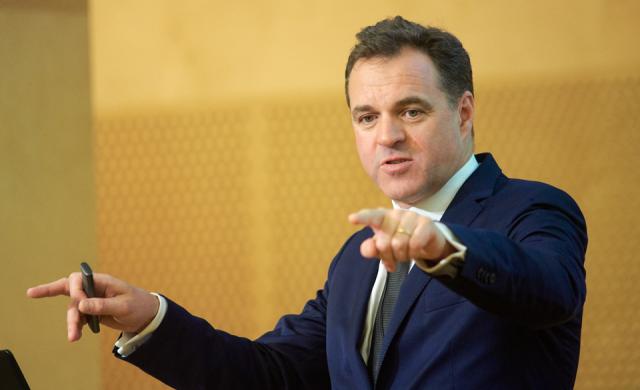 Democracy Can Be Effective Even with Poorly Informed Voters, Christiano Says

Democracy effectively creates successful economies and societies, even though the average voter is not well-informed about the issues, because of the mechanisms of the economics of information, according to Tom Christiano, professor of philosophy and law at the University of Arizona, who spoke at CEU April 13 at a President’s Seminar, part of the Rethinking Open Society series. 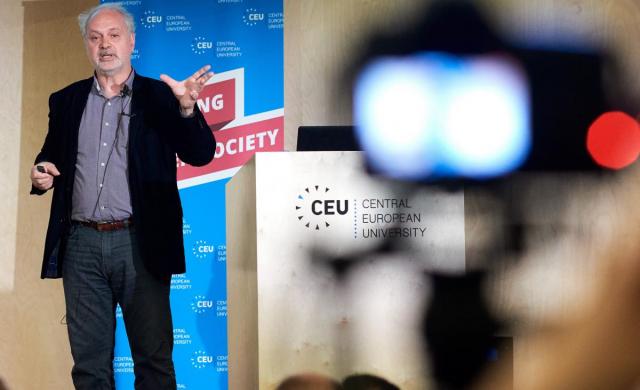 Central Europe Is Back, Rupnik says

With its stance on migration, Central Europe is back in the limelight, said Jacques Rupnik, professor and director of research of the Centre de Recherches Internationales at Sciences Po, at CEU on March 30 as part of the Rethinking Open Society series. Europe should not compromise on its principles, but has to make them adaptable in Central Europe as well, Rupnik said. 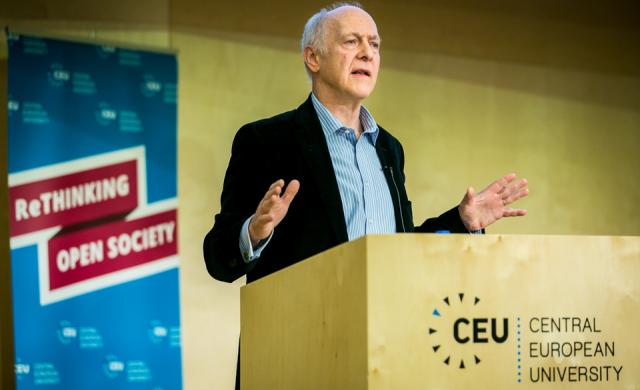 Migration of people, information, and ideas is the phenomenon that is threatening the concept of open society and transforming democracy into an instrument for exclusion, according to Ivan Krastev, chair of the Centre for Liberal Strategies, Sofia, and permanent fellow at the Institute for Human Sciences in Vienna (IWM). 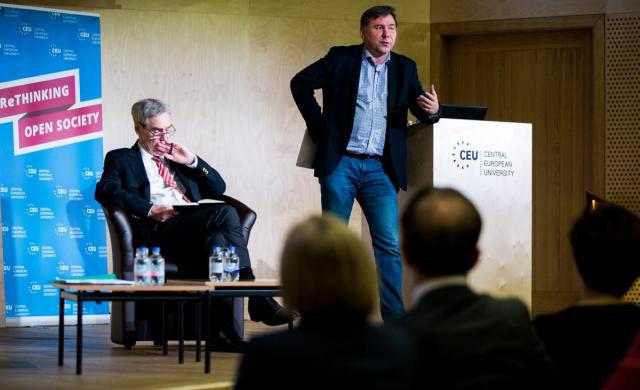 The defense of free speech is more important than ever in an interconnected, globalizing world in which the disillusioned are turning toward more closed societies, says Timothy Garton Ash, Professor of European Studies at the University of Oxford and director of the Free Speech Debate project. 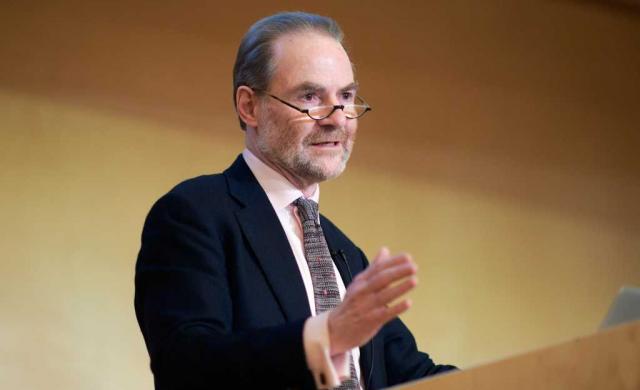 Debtor-creditor tension has created conditions conducive to democratic backsliding and populism, according to Dorothee Bohle, Chair in Social and Political Change at the Department of Political and Social Sciences at the European University Institute, speaking as part of CEU's Re-thinking Open Society project. 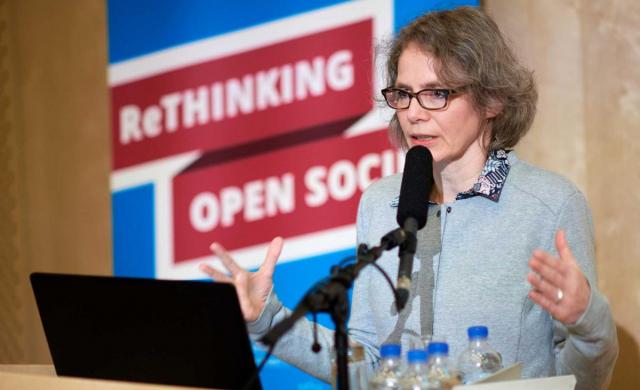 As we confront the new international situation, in which open society values and liberal democratic freedoms are under threat, we must review the basic assumptions of the concept of open society, and engage honestly with the criticism of it, according to CEU President and Rector Michael Ignatieff, speaking at the launch of the Re-thinking Open Society project at CEU on January 17. 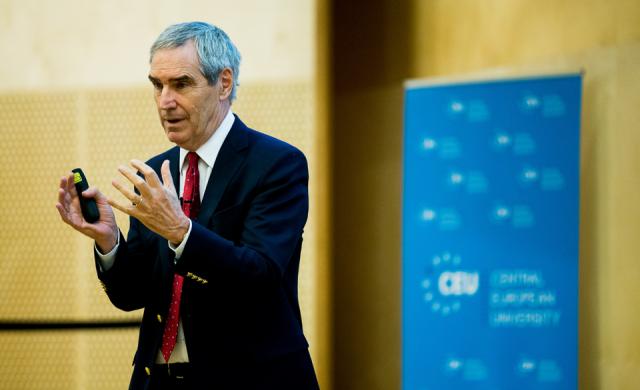