CEU in the International Media

Maciej Kisilowski, associate professor at CEU's Department of Economics and Business, writes about the relevance and issues with Poland's Holocaust law to both Poland and Israel.

Populists are more creative than liberals

CEU MBA alumnus and Commercial and Marketing Director of Schiedel Tomas Pogany is featured in this article on the 25th anniversary of Schiedel on the Czech market.

UNLEASH (formerly HR Tech World) announced the appointment of its newest member Mark Downey as head of strategy and corporate ventures. Downey is an alumnus of the CEU Business School.

The Budapest Business Journal published this piece about the new department CEU will create by combining strengths from the Business School and the Department of Economics.

History is Repeating Itself in Hungary, Warns Lajos Bokros

CEU's Lajos Bokros is interviewed by the Budapest Beacon on the upcoming Hungarian referendum, the country's economic situation and Orban's relationship to the Visegrad 4 and Putin. 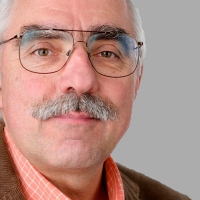 Lajos Bokros, professor of economics and public policy and former Hungarian finance minister, writes about the Hungarian National Bank's purchase of the Budapest Stock Exchange in a piece entitled "The Destruction of Hungary's Institutions and the Reversal of Transition".

Brazil Didn't Burn During The World Cup, But What's Next?

In the International Business Times, CEU Professor of Economics Gerardo Della Paolera discusses the economic implications for Brazil as hosts of the 2014 World Cup.

“In terms of opportunity cost, it is clear that money could be spent on socially more pressing needs,” he said. “However, unlike the Olympic Games organized by a small [economy] such as Greece, the burden for the [Brazilian] economy is much smaller in this case, and there is some mobilization of investment for long-lasting infrastructure.”