September 18, 2012
ARCS staff will host an open house for faculty and staff on Sept. 20 at 1 p.m. in their office lobby on the first-floor mezzanine area of Nador 9. Activities include a brief report of highlights from CEU’s 20th Anniversary Alumni Survey, a brainstorming session on ways to keep CEU’s academic and alumni communities connected for mutual benefit, and a discussion of ways the Career Services Office can help faculty and staff members assist their students. Coffee and snacks will be served. RSVP to Szilvia Molnar, at MolnarSz@ceu.hu.

September 18, 2012
On Sept. 7, CEU President and Rector John Shattuck and Vice President for Student Services Peter Johnson hosted new students at the CEU Welcome Afternoon. An integral part of the orientation program, the event is designed to give new students an early opportunity to interact with each other across departments and to begin developing a sense of belonging within the CEU community. The event included representatives of academic units, student clubs, and external organizations involved in wide-ranging programs in Budapest and elsewhere in Hungary. 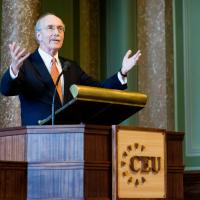 September 18, 2012
CEU President and Rector John Shattuck welcomed the incoming class of 629 students at the University’s opening ceremony for the academic year, held on Sept.14 at the Hungarian Academy of Sciences. Chosen from nearly 7,000 applicants – the largest pool of applicants in CEU history – the new class members come from 82 nations.

September 18, 2012
To increase opportunities for interdisciplinary and innovative courses of study, CEU is introducing two non-degree certificate programs this fall, one each in network science and science studies. The PhD Certificate in Network Science, administered by the Center for Network Science, is offered to PhD students in the departments of Economics and Political Science. It includes one mandatory course, taught this semester by Prof. Janos Kertesz. The Science Studies Certificate program is for MA and PhD students interested in the interrelations between science and society. Directed by Prof. 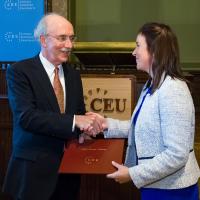 September 18, 2012
As part of its 20th anniversary celebration in 2011, CEU established the European Award for Excellence in Teaching in the Social Sciences and Humanities. The first and only pan-European teaching award, it was created to emphasize the importance of teaching within European higher education, where research tends to dominate. At CEU’s opening ceremony on Sept. 14, President and Rector John Shattuck presented the inaugural award to Dr. Eleanor Denny, an assistant professor of economics at Trinity College Dublin, Ireland. 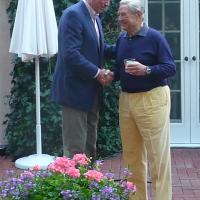 September 18, 2012
Former New York Governor George Pataki (left) is the newest member of the CEU Board of Trustees. Pataki, a Hungarian-American, has a long and distinguished career in public service starting as mayor of Peekskill, NY, followed by election to the New York State Assembly and the New York State Senate. He went on to serve three terms as Governor of New York. During his tenure, he led the state through the 9/11 crisis, protected over 1 million acres of open space, and adopted the regional greenhouse gas initiative.

September 18, 2012
CEU continues to attract top talent to its faculty ranks. Joining the University this fall are: 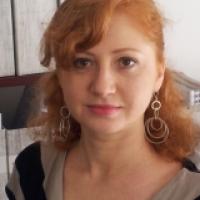 September 18, 2012
Tatiana Yarkova has been appointed academic secretary of the University, effective August 1, 2012. Yarkova holds an MA in society and politics from CEU and Lancaster University, and a PhD in sociology from the Graduate School for Social Research in Poland. She has been with CEU since 2006. Tatiana can be contacted at yarkovat@ceu.hu or extension 3865. 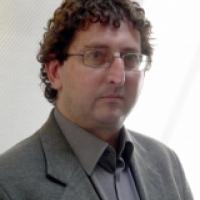 August 21, 2012
Hungarian Prime Minister Viktor Orban, President of Hungary Janos Ader, and Speaker of the National Assembly of Hungary, Laszlo Kover, presented prestigious state awards on the occasion of the August 20 celebration of the founding of the Hungarian state. The awardees received their distinctions for excellence in their service to the country, for fostering its development and advancing its interests, and for promoting universal human values.