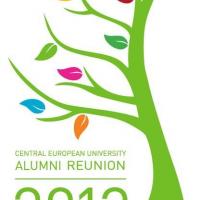 March 26, 2013
The theme of this year’s Alumni Reunion Weekend (May 23-26) is “Many Stories, One Community.” The Alumni Relations and Career Services Office asks alumni, staff, and faculty to share their CEU stories, including examples of ways their CEU experience has affected their lives, personally and professionally. Alumni are invited to submit written stories, photos, or even smart phone video testimonials at https://alumnicareer.ceu.hu/stories.

March 26, 2013
CEU's Roma Access Program (RAP) has initiated its 2013-3014 call for applications for the Roma Graduate Preparation Program (RGPP). This program offers an opportunity for promising young Roma to continue their studies at the post-graduate level. RGPP is a nine-month preparatory program for Roma students from the countries of Central and Southeastern Europe and the former Soviet Union, designed to prepare them for international post-graduate studies in English-language master's programs.

March 26, 2013
CEU’s School of Public Policy (SPP) has obtained registration with the New York State Education Department for its two-year Master of Public Administration (MPA) program. SPP will welcome its inaugural class in September 2013. For more about the school and its founding faculty, see http://spp.ceu.hu.

March 26, 2013
The calendar for academic year 2013-2014 has been approved by the Senate. The document is attached and accessible on the CEU website as a file attachment at the bottom of the academic calendar web-page for the current academic year: http://www.ceu.hu/studentlife/current/university-calendar.

March 26, 2013
Andras Kovacs, professor in the Nationalism Studies Program and director of the Jewish Studies Project, was awarded the Szechenyi Prize by Hungarian President Janos Ader on March 15. The award honors those who have made an outstanding contribution to academic life. Kovacs, who is also a member of the Hungarian Academy of Sciences, received the Szechenyi Prize in recognition of decades of teaching and research in the field of post-war Hungarian Jewish history, as well as the sociology of minorities and minority identities.

March 26, 2013
On Sept. 2-4, CEU’s Asia Research Initiative, Department of International Relations and European Studies (IRES), and Department of Public Policy (DPP) will host the conference “Political, Social and Economic Polarization in Divided Societies: Korea in a Global Context.” The organizers welcome papers on various political, economic, and policy issues outlined in the call for papers, and plans to publish selected papers as a special issue of a journal or as an edited volume.

March 26, 2013
The Academic Cooperation and Research Support Office (ACRO) has published a number of doctoral and postdoctoral scholarship/fellowship/research grant opportunities offered on the basis of bilateral Hungarian governmental agreements. For more information and the original text of the calls for applications, see https://acro.ceu.hu/news/2013-03-18/new-doctoral-and-postdoctoral-fellow.... 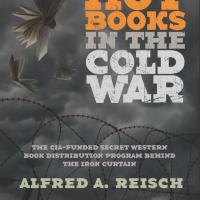 March 26, 2013
This new release by CEU Press is an analysis of the book program that provided Western literature to East European and Russians during the Cold War, complementing radio broadcasts and other efforts. The author is Alfred A. Reisch, a political scientist who focuses on international relations, diplomatic and Cold War history, foreign, military, national security, and minority affairs. Reisch was senior political analyst with Radio Free Europe in New York and head of RFE´s Hungarian Research and Evaluation Section in Munich, Germany. 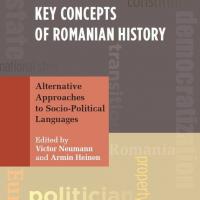 March 26, 2013
CEU Press' new release focuses on the concepts that have shaped Romanian cultural and political identity. It analyzes the dominant ideologies of the 19th and 20th centuries as well as their sociopolitical impact, and discusses the formation of the Romanian national state and its transition toward modernity by means of concepts such as patriotism, ethno-culture, property, and constitution. The book’s editors are Victor Neumann, professor of history at West University of Timisoara, Romania, and Armin Heinen, professor of history at RWTH Aachen University, Germany.