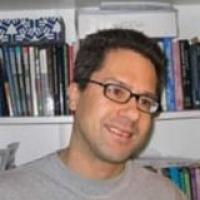 December 3, 2013
Michael Merlingen has been promoted to full professor in the Department of International Relations and European Studies. For more information, see http://ires.ceu.hu/profiles/faculty/michael_merlingen. 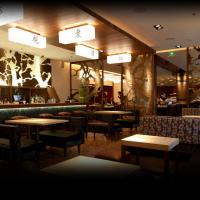 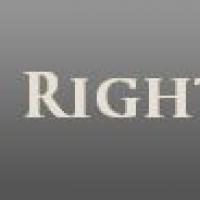 December 3, 2013
The Human RightS Initiative (HRSI) hosted the first session of the HCLU Human Rights Documentaries and Discussion Series on Nov. 20. The cooperation between HRSI and the Hungarian Civil Liberties Union (HCLU) was established to move beyond awareness- raising campaigns toward introducing issues and connecting students with experts active in human rights issues through advocacy or litigation. 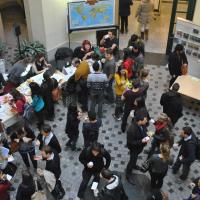 December 3, 2013
The CEU community in Budapest came together Nov. 15 for the University’s first-ever Philanthropy Day. This student-led initiative raised funds for the CEU Alumni Campaign’s Student Emergency Fund and a local nonprofit, Hope for Children. Students, alumni, and staff offered home-baked treats (and fresh Starbucks coffee) in the Octagon, collecting voluntary donations. By day’s end, more than 130 students—a third of all students on campus that day—had pledged their support, raising more than 80,000 HUF. 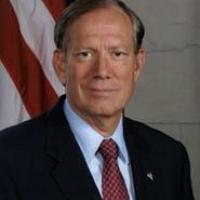 December 3, 2013
Former New York Governor George Pataki, a member of CEU’s Board of Trustees, met informally with CEU Business School students last month. The dialogue included topics ranging from Pataki’s governorship to sustainable energy, leadership, and the importance of diversity. Pataki said that hubs of technological innovation can be created with support from universities and government as well as access to capital. He said that leadership is about taking risks, also key to successful entrepreneurship, and emphasized the importance of cross-cultural exchange. 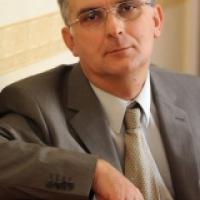 December 3, 2013
Gyorgy Bogel, professor of management at CEU Business School, was awarded the Neumann Prize by the John von Neumann Computer Society in recognition of his work on the effects on society of developments in information and communication technology. The award was presented at the Digital Equal Opportunity Conference in Budapest Nov. 28. The prize bearing the society’s name has been awarded since 1976 to people who have achieved significant results in the development of a culture of computer technology.

December 3, 2013
The conference entitled “What We Do: Historical and Contemporary Perspectives on the Aims and Methods of Philosophy,” scheduled for April 4-5, 2014 at CEU, seeks contributions from graduate students on contemporary as well as historical investigations in metaphilosophy. The organizers invite papers with a maximum length of 3,000 words that are suitable for a 20-30 minute presentation. Papers accompanied by a maximum 200-word abstract must be prepared for blind review and submitted in PDF or Word format to philgradconf@ceu.hu by Jan. 17, 2014. 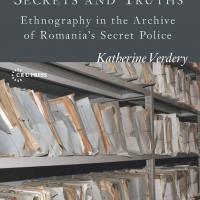 Secrets and Truth: Ethnography in the Archive of Romania&#039;s Secret Police

December 3, 2013
CEU Press’ latest publication is “Secrets and Truth: Ethnography in the Archive of Romania's Secret Police,” by Katherine Verdery, the Julien J. Studley Distinguished Professor of Anthropology at the Graduate Center, City University of New York. The book is the seventh volume in the Natalie Zemon Davis Annual Lectures series, and offers a rare insider’s look into the secret police’s actions in Romania under communism. Relying on the extraordinary sources of secret archives, the book contributes to a better understanding of the functioning of the communist system in Eastern Europe. 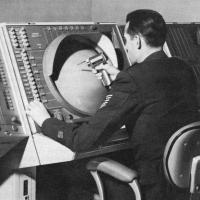 December 3, 2013
Open Society Archives presents the final film screening in a 12-week, 12-film series about the Cold War’s technological, political, and science-fiction imagery on Dec. 3 at 6 p.m.. The first film, “Machine Dreams,” (1956, 12min.) was co-produced by IBM, Boeing, and the U.S. Air Force about a computerized warning system designed to protect the U.S. against enemy aircraft. The second film, “Kin-Dza-Dza,” (1986) is a longer film directed by Georgiy Daneliya.