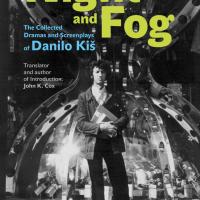 Night and Fog: The Collected Dramas and Screenplays of Danilo Kis

June 30, 2014
Published by Helena History Press, distributed by CEU Press, this volume of translations represents the entire dramatic and cinematic ouevre of Danilo Kis (1935, Subotica, Yugoslavia – 1989, Paris), cult figure among circles disturbed by the emerging nationalisms of the late 20th century. The themes of these seven dramas and screenplays range from the Holocaust to the first decades of communism in Yugoslavia and Hungary. 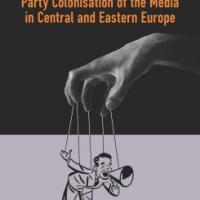 Party Colonisation of the Media in Central and Eastern Europe

June 16, 2014
Edited by Peter Bajomi-Laza, head of the Institute of Social Sciences at the Budapest Business School, this volume compares media and political systems in Central and Eastern as well as in Western Europe in order to identify the reasons possibly responsible for the extensive and intensive party control over the media.

June 3, 2014
CEU Press has been elected as international member of the Association of American University Presses by a majority vote of the membership on the recommendation of the Board of Directors of AAUP. Formally established in 1937, AAUP promotes the work and influence of university presses, provides cooperative marketing opportunities and helps its 130+ member presses fulfill their common commitments to scholarship, the academy, and society.