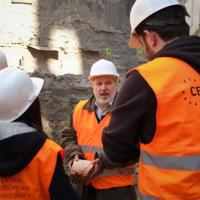 April 13, 2015
Carved red marble blocks, fragments of tile, stained pieces of wrought iron – these are a few of the “archaeological finds” at the construction site of the new CEU building at Nador utca 15. Students in CEU’s Cultural Heritage Studies Program visited the site in March, uncovering these gems from another era in the history of downtown Budapest. 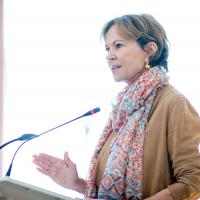 Soviet Spy Noel Field Was a Believer in Stalinist Ideals to the End, Marton Says

April 9, 2015
How does a Harvard-educated U.S. State Department employee, deeply rooted in American culture and history, become a hard-core Stalinist? Best-selling author Kati Marton unravels this perplexing story in her forthcoming book, which carries the working title, “The Believer: Stalin’s Last American.” Marton, a fellow at CEU’s Institute for Advanced Study, read from her first draft and described her inspiration in a talk at CEU April 1.   “It’s the story of the power of an idea,” Marton said. “About fanaticism and faith. Field was unique – he was a believer to his last breath.” 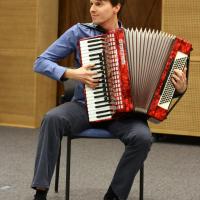 April 7, 2015
Comprehensive examinations at the Doctoral School of Political Science, Public Policy and International Relations (DSPS) are expected to become more research-focused with the latest updates introduced in the School’s regulations. The DSPS Doctoral Committee approved the changes in early March, reforming the old comprehensive examination system. The updated exam structure will be first used in June 2015. 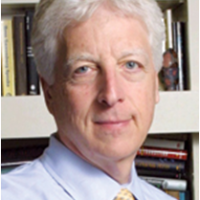 April 7, 2015
At its most recent meeting on March 8 the CEU Board elected two new Trustees. They are Jonathan Cole, John Mitchell Mason Professor and former Provost of Columbia University, and Shalini Randeria, Rector of the Institute for Human Sciences in Vienna and Professor and the Founding Chair of CEU's Department of Sociology and Social Anthropology.

The Challenge of Illiberal Democracy and Capitalist Authoritarianism