May 6, 2015
This Christian Science Monitor article highlights CEU's Roma Access Programs and how participation in the programs has helped alumni reach their goals. http://www.csmonitor.com/World/Europe/2015/0505/To-battle-racism-Roma-scale-Europe-s-ivory-tower

May 5, 2015
Next fall term the Department of Philosophy launches a peer-learning based weekly Philosophy Research and Publish Lab. 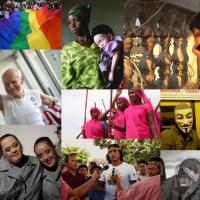 May 5, 2015
In 11 years, Verzio Film Festival has shown more than 600 films from 60 countries which were seen by more than 60,000 viewers. Verzio, held annually by the Open Society Archives at CEU and Verzio Film Foundation, is the only human rights documentary film festival in Hungary. The festival is a committed promoter of democratic values, rule of law, human rights, and critical thinking, showcasing creative documentary films from all over the world addressing important social and political issues. The films are accompanied by debates with filmmakers and human rights activists.

May 5, 2015
CEU’s Communications Office is pleased to provide new tools to help all parts of our diverse community communicate widely and effectively about the University. Using these tools will help us increase CEU’s profile among audiences such as prospective students, prospective donors, alumni, partner institutions, NGOs, and employers. 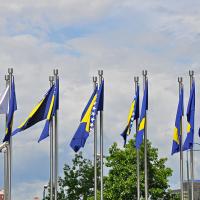 May 5, 2015
The Center for Conflict, Negotiation and Recovery (CCNR), the School of Public Policy (SPP), and the Center for EU Enlargement Studies (CENS) at Central European University hosted a one-day, student-organized international youth conference on the role of youth in Bosnia and Herzegovina's transition 20 years after the signing of the Dayton Agreement on APril 17. 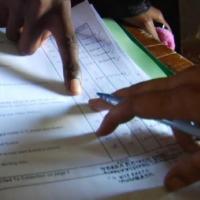 May 5, 2015
On April 21-22, CEU students participated in the workshop “Budgeting for Human Rights: Why Government Budgets are Important for Realizing Human Rights,” organized by the Human RightS Initiative (HRSI) in collaboration with the School of Public Policy (SPP) at CEU. Participants included Roxana Damian (MPA ’15) from SPP and Edi Sara (MA ’15) from the Department of Public Policy.

May 5, 2015
The CEU HRO tax filing deadlines have passed.  However, members of the CEU community can still submit individual 1% declarations to the local tax office, located at Nador utca 19. If you have yet to donate your 1%, please consider directing your contribution to CEU and our Roma Access Programs. With more than a decade of success with our Roma Access Programs and more than 140 graduates of the program, CEU is arguably the world’s leader in creating opportunities for Romani scholars to pursue higher education.

May 5, 2015
The CEU Campus Location Finder tool is accessible from the CEU website at http://locations.ceu.edu. The Location Finder helps members of the CEU community to find a school, department, support or administrative unit at CEU. For further information, additions, or changes, contact Web Team at ceuwebteam@ceu.edu.

May 5, 2015
Video of Richard Sakwa on Russia and &quot;Cold Peace&quot;