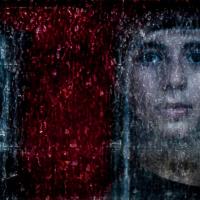 September 22, 2015
In August this year, when refugees began flowing into Budapest’s train stations, photographer Edd Carlile found himself documenting the thousands of men, women, and children arriving from Syria, Afghanistan, Eritrea, and elsewhere. The crisis transformed a project he’d started, illustrating the lives of the train station workers, into a series of photos that transfixed the public – photos that spread across the world from his Facebook page, Budapest Seen. 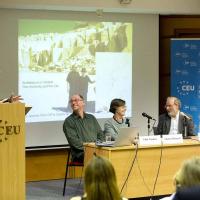 May 19, 2015
Award-winning architects Sheila O’Donnell and John Tuomey said that communication between urban cultural heritage and contemporary architecture represents a key part of their design for the CEU campus redevelopment at May 14 event hosted by the Campus Redevelopment Office and the Cultural Heritage Studies Program.