Women and the Refugee Crisis: On the Ground, On the Move, Making Change - December 3, 2015 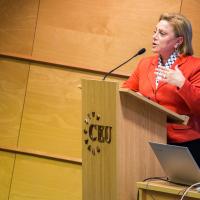 Female Refugees Can Be “Agents of Change” in Crisis, Panelists Say

While meeting the needs of women and ensuring their safety pose challenges both logistical and cultural, women can be key participants in change, according to panelists at “Women and the Refugee Crisis: On the Move, On the Ground, Making Change” held at CEU Dec. 3 and hosted by the Department of Gender Studies.

This volume, co-edited by Ayse Gul Altınay, associate professor at Sabancı University, Turkey, and Andrea Peto, professor in the Department of Gender Studies at CEU,  contributes to the feminist search for new words and new methods in understanding the intricacies of war and and memory. 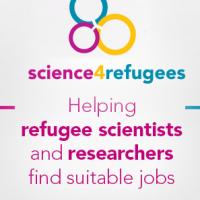 CEU is participating in the Science4Refugees initiative, recently launched by the European Commission to help refugee scientists and researchers find suitable jobs that both improve their own situation and put their skills and experience to good use in Europe's research system.

Why Gender Studies at CEU? 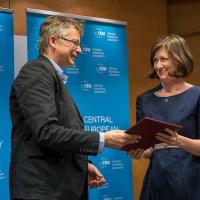 Teaching is an essential element of a career in academia and so acquiring teaching experience is a very important part of the training for such a career. Launched in March 2015, Global Learning Fellowship is a CEU initiative administered by the Academic Cooperation and Research Support Office (ACRO) aimed at helping CEU PhD students and recently graduated alumni improve their teaching skills.

Call for Papers for Conference on Sex and Sexuality in East-Central Europe, Past and Present

Sex and sexuality in East-Central European contexts are relatively new topics of academic inquiry. While the past five years have seen a growing academic interest, from histories of queer life, prostitution and sexology to ethnographies of LGBTQ movements and queer literary representations, forums for scholars working on sex and sexuality in East-Central Europe have often remained fragmented and disciplinarily bound. 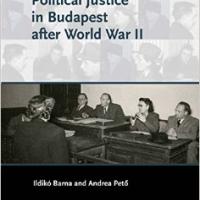 In Hungary, which fell under Soviet influence at the end of World War II, those who had participated in the wartime atrocities were tried by so called people’s courts. This book analyses this process in an objective, quantitative way, contributing to the present timely discussion on the Hungarian war guilt. The authors, Ildiko Barna, associate professor at Eotvos Lorand University and Andrea Peto, professor at CEU’s Department of Gender Studies, apply a special focus on the gender aspect of the trials.