Nathaniel Persily and Diane Stone - Democracy and Its Discontents, October 9-10, 2015 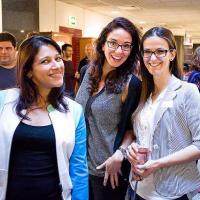 June 30, 2015
Thank you to all of you who attended the party! See the photos taken at the event:

March 10, 2015
CEU was transformed into an arena of clashing ideas during the fourth edition of the Budapest Open International Debate Tournament March 6-8. The 128 debaters, representing over 50 institutions from over 25 countries, tackled some of the most important challenges to democratic societies today, such as voting rights, political correctness, labor regulations regarding freelancers, the banning of advertising, and the right to restrict oil and gas drilling by referendum.