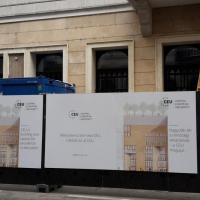 Construction Works in Nador 13 and 15 Commence

January 27, 2015
Soft demolition works in the Nador 13 and Nador 15 buildings have commenced. Since Jan. 19, further demolition works may result in increased noise and vibration. Vehicle traffic on Nador Street will also increase. As the Nador 13 and 15 buildings are now construction sites, pedestrian traffic is directed to the other side of the street. Pedestrian traffic along the temporary construction fence is extremely dangerous and forbidden. Please pay increased attention when crossing the street.

January 27, 2015
In addition to existing PhD Labs, a new location opened on the 4th floor of the Oktober 6 utca 7 building at the end of December 2014.

January 27, 2015
The new CEU Campus Location Finder tool is now accessible from the CEU website at http://locations.ceu.hu/. The Location Finder helps members of the CEU community to find a school, department, support or administrative unit at CEU. A specific person's location and contact details are searchable via http://eguide.ceu.hu/. 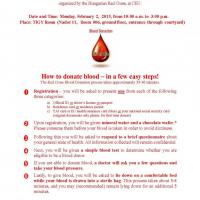 January 27, 2015
The Hungarian Red Cross, with the cooperation of the External Relations Office, will hold a blood drive on Feb. 2 from 10 a.m. to 3 p.m. in the TIGY Room (Nador 11, room 006, ground floor, entrance in courtyard). To register, participants will need to present one from each of the following three categories: 1) official ID or drivers license or passport; 2) residence card or residence permit; 3) TAJ card or EU health insurance card (blue) or national social security card. 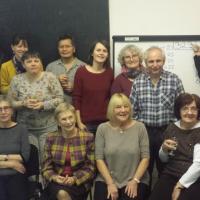 January 27, 2015
At the request of the Provost, the Academic Cooperation and Research Support Office (ACRO) has launched a new initiative that helps doctoral students with obtaining external funding for their research and travel expenses. While CEU provides its doctoral students funding for stipends, as well as research costs, travel and write-up grants, finding additional funding opportunities for their research might also be useful.  ACRO aims to actively help PhD students to seek and manage external funding as principal investigators. 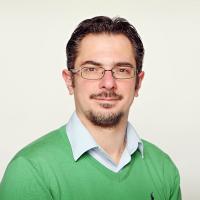 January 27, 2015
Title/Position: Dean of Students Number of years at CEU: 14 Home city/town & country: Thessaloniki, Greece What’s your favorite Hungarian food? too many favorites, langos comes to mind first Whose works of art or design have had the greatest impression on you? Van Gogh, for instance his "Wheat Field with Cypresses" What’s your favorite language, whether you speak it or not? Spanish 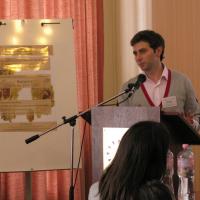 January 27, 2015
Mihail Mitrea, doctoral student in the Department of Medieval Studies, was  the seventh doctoral student to give intensive classes at one of CEU’s partner institutions. Mitrea spent two weeks each  in Yerevan and Tbilisi in December 2014  teaching a tutorial course on "Greek Paleography and Byzantine Manuscript Studies," hosted by Professor Erna Shirinian (Matenadaran, Yerevan) and Professor Rismag Gordeziani (Tbilisi State University). 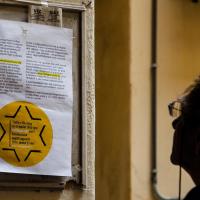 January 27, 2015
Open Society Archives’ Yellow Star houses program has been nominated for the Highlights of Hungary Award by Super Channel. The program run in 2014, the 70th anniversary of the Hungarian Holocaust, to explore the history of the Hungarian yellow-star houses, a network of almost 2,000 apartment buildings where 220,000 Budapest Jews were forced to live for half a year, from June 21 1944. 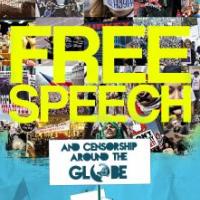 Free Speech and Censorship around the Globe

January 27, 2015
CEU Press's first volume in 2015 contains stories about how imagination and rational thinking in wildly different cultures capture, imagine, and conceptualize what freedom of speech means. Edited by Peter Molnar, former CMCS fellow, this book treats the reader not as a tourist, but as a traveler.