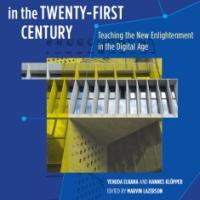 The University in the Twenty-first Century: Teaching the New Enlightenment in the Digital Age

September 5, 2016
Written by Yehuda Elkana, former President and Rector of Central European University, and Hannes Klopper, CEO and co-founder of iversity GmbH, and edited by Marvin Lazerson, professor of Higher Education at Central European University, this book is a collaborative effort between two partners: one experienced and seasoned veteran, the other an energetic young novice. 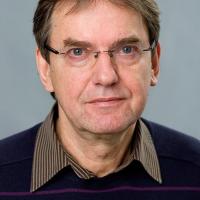 September 5, 2016
Gabor Klaniczay, University Professor at the Department of Medieval Studies, has been awarded the International Prize for History CISH for the excellence of his work.  With the insights of historical anthropology, Klaniczay researches the historical uses of heresy, sainthood, visions, stigmatics, magic, and witchcraft. The award will be delivered during the General Assembly of the International Committee of Historical Sciences (CISH) in September 2017 in Moscow. 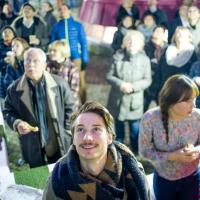 September 5, 2016
CEU, with the help of its Civic Engagement Office, encourages and supports individual and collective efforts of CEU community members to identify and address social challenges and issues of public concern. The Civic Engagement Office invites members of the CEU community to search for existing volunteering opportunities, to join activities, and to share their ideas.

September 5, 2016
Edited by Michaela Kottig, professor of Communication and Conflict Resolution at the Frankfurt University of Applied Sciences, Renate Bitzan, professor of Social Sciences at the Technische Hochschule Nurnberg, and Andrea Peto, professor at the Department of Gender Studies at CEU, this book is a systematic consideration of the link between the extreme right and the discourse about developments in regard to gender issues within different national states. 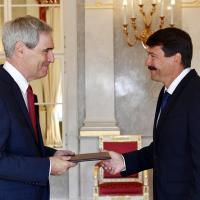 September 2, 2016
Professor Michael Ignatieff has been appointed Rector of Kozep-europai Egyetem, CEU's Hungarian entity. Ignatieff received his credentials in Sandor Palace from the President of Hungary, Janos Ader. The appointment is from September 1, 2016 to August 31, 2021.