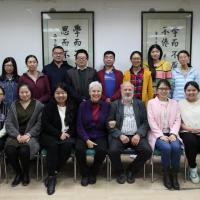 November 29, 2016
Faculty and doctoral students from the Department of Medieval Studies at CEU participated in a conference on Social control and the issues of scale hosted by Beijing Normal University on October 22-23. The conference was the latest result of the nearly five-year-long cooperation between the Department and the BNU School of History. Representatives of the Department agreed with BNU faculty to host the next conference in Budapest in 2018. 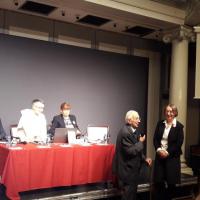 November 15, 2016
The Hungarian Institute in Paris commemorated the 1700th anniversary of the birth of Saint Marin with the book launch of La Vie de saint Martin by Sulpice Severe at the distinguished Les Editions du Cerf, prefaced by Marianne Saghy, associate professor in the Department of Medieval Studies at CEU, and postfaced by Gilles Berceville O.P. of the Institut Catholique de Paris on October 18.