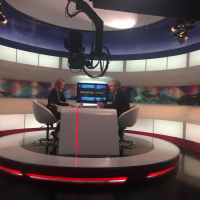 December 7, 2016
CEU President and Rector Michael Ignatieff was interviewed for Hungarian commercial television channel ATV’s Extraordinary Interview („Rendkívüli interjú”) program. In the 24-minute discussion program President and Rector Ignatieff was asked about CEU, the results of the recent US elections, and the challenges liberal democracies face around the world.

December 5, 2016
CEU President and Rector Michael Ignatieff spoke at the 2016 Annual Colloquium on Fundamental Rights in Brussels Nov. 17, 2016. Click here or below for his address, entitled "Media Pluralism in a democratic society."

Migration and the New Politics of Nativism: Europe-US Compared

November 29, 2016
Video of Migration and the New Politics of Nativism: Europe-US Compared 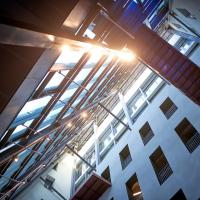 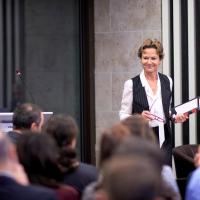 November 2, 2016
CEU hosted the launch of Kati Marton’s “True Believer: Stalin’s Last American Spy,” the story of Noel Field, a Harvard-educated U.S. State Department employee turned hardcore Stalinist on October 25. Best-selling author and member of CEU’s Board of Trustees Marton is “not only a distinguished writer but also part of the team that defends this institution, a very fine friend of CEU with a truly extraordinary story of the 20th century to tell,“ said CEU President and Rector Michael Ignatieff in his opening remarks. 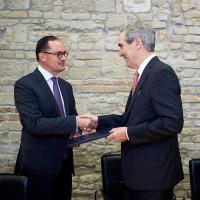 October 25, 2016
The European Investment Bank (EIB) is lending €25 million to Central European University (CEU) to upgrade its campus located in the historic center of the Hungarian capital Budapest. The EIB loan will finance the University’s urban campus development project comprising the renovation and construction of approximately 39,000 m2 of teaching, conference and research facilities. The project consolidates the University's academic and administrative entities on a single and cohesive campus with sufficient space and up-to-date facilities for students and staff.