Timothy Garton Ash Speaks on the Challenges of an Open Society

March 28, 2017
Video of Timothy Garton Ash Speaks on the Challenges of an Open Society

Jan-Werner Muller - How Can Populism Be Defeated?, February 2, 2017

Jan-Werner Muller Speaks on the Rise of Populism

March 28, 2017
Video of Jan-Werner Muller Speaks on the Rise of Populism

Ivan Krastev speaks on the Fragility and Resilience of Europe

March 16, 2017
Video of Ivan Kristen speaks on the Fragility and Resilience of Europe 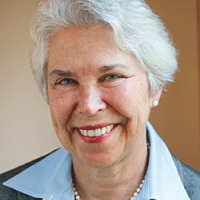 March 14, 2017
CEU Trustee Carol T. Christ, currently UC Berkeley's interim executive vice chancellor and provost, has been selected as UC Berkeley's chancellor-designate, according to a statement by the university. Her nomination by University of California President Janet Napolitano was confirmed by the UC Board of Regents March 16, making Christ the first woman to serve in the role, becoming the 11th chancellor of UC Berkeley on July 1.