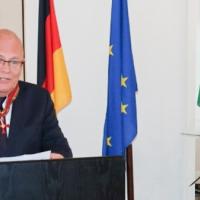 May 25, 2017
Peter Balazs, professor in the Department of International Relations and director of the Center for European Neighborhood Studies, received the Knight Commander's Cross of the Republic of Germany in recognition of his significant contribution to German-Hungarian relations and the development of Europe. Balazs received the distinction from Lieselore Cyrus, charge d'affaires of the German Embassy in Budapest, in a ceremony May 24. 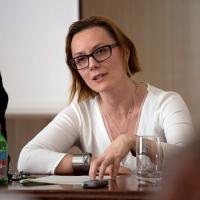 May 23, 2017
Associate Professor Xymena Kurowska of the Department of International Relations has been awarded a two-year Marie-Curie Fellowship by the European Commission. Her project, RefBORDER, deals with theory and practice of reflexivity as capacity in European border guards training. It aims to contribute to more democratic European border security practice through developing better training scenarios in cooperation with practitioners.