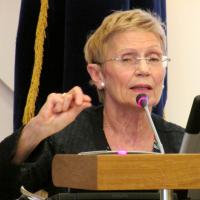 October 24, 2017
Csilla Kollonay-Lehoczky, professor emerita in the Department of Legal Studies at CEU has been awarded the Pro Iure Laboris Prize on occasion of the 14th Hungarian Labour Law Conference held in Visegrad October 10-12. The prize is an acknowledgement of a valuable career contributing to the development and values of labour and employment law. Kollonay-Lehoczky, former director of the Doctoral Program, has been teaching in the department since 1992. 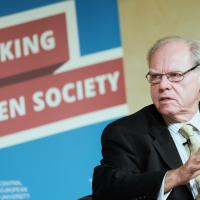 October 24, 2017
Constitutionalism is an unfinished and imperfect project that can be manipulated to contribute to the closing of minds and societies, according to CEU University Professor Andras Sajo, who founded the Department of Legal Studies at CEU and served as a judge at the European Court of Human Rights for a decade. Sajo spoke as part of the Rethinking Open Society lecture series at CEU hosted by President and Rector Michael Ignatieff on October 17, delivering a lecture entitled “Constitutionalism in Closing Societies.” 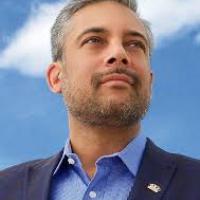 October 11, 2017
CEU alumnus David Khan (LEGS '05) has been appointed leader of the Alberta Liberal Party in Canada. Prior to running for leader of the party, Khan served as the party's executive vice-president. He was elected leader on June 4, 2017.  He holds a BSc from the University of British Columbia, a Juris Doctor degree in Law from the University of Toronto. He studied international and European human rights and constitutional law at CEU, and French at l'Université du Québec à Chicoutimi. He works as a lawyer in Calgary, practising indigenous law. 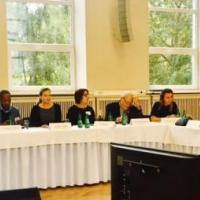 October 10, 2017
Tallinn University hosted the New Human Rights of the 21st Century conference on September 20-22 to explore the origins of such rights, the functions and the rhetoric of these rights and the role such “new” rights can play in the field of human rights law. The conference was part of the HURMUR: Human rights – mutually raising excellence project, funded by the European Commission.