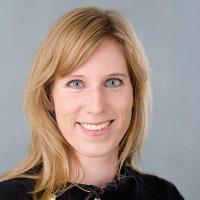 Professor Natalie Sebanz of the Department of Cognitive Science at CEU has been elected a member of the Nationale Akademie der Wissenschaften Leopoldina, the German National Academy of Sciences.

Gyorgy Buzsaki - From Navigation to Memory and Planning

September 26, 2017
Video of Gyorgy Buzsaki - From Navigation to Memory and Planning 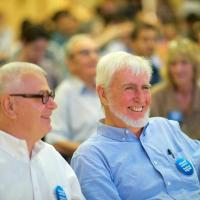 Three Nobel laureates and a winner of the Brain Prize, John O’Keefe, Edvard Moser, May-Britt Moser, and Gyorgy Buzsaki, respectively, spoke at CEU August 31 at a neuroscience symposium hosted by the Department of Cognitive Science. All four scientists expressed their support for CEU’s efforts to remain in Budapest as a free institution dedicated to academic and research excellence. 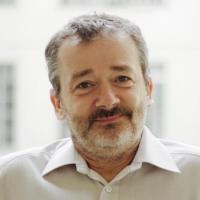 CEU Professor Gergely Csibra of the Cognitive Development Center and the Department of Cognitive Science has been elected to the National Academy of Sciences (NAS) in the U.S. in recognition of his distinguished and continuing achievements in original research.