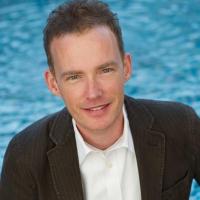 January 31, 2018
Botond Koszegi of the Department of Economics and Business has been promoted to a rank of University Professor, effective December 1, 2017. In 2015, Koszegi won the Yrjo Jahnsson Award for his contribution to the theoretical foundations of behavioral economics, and its application to public finance and contract theory. He also received the CEU Award for Outstanding Research the same year.

December 6, 2017
For almost a decade the Department of Economics and Business at CEU has participated in a joint fellowship program with Center for Economic Research and Graduate Education – Economics Institute, Prague (CERGE-EI). So far, thirty-five CEU advanced doctoral students and recent graduates have benefitted from the opportunities provided by this cooperation, teaching at Eotvos Lorand University (ELTE) Corvinus University and Budapest University of Technology and Economics. 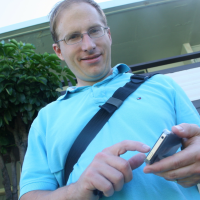 December 5, 2017
Name: Adam Zawadowski Title: Assistant Professor Number of years at CEU: 2+2 (2 as professor, 2 as student) Home city/town & country: Budapest What's your favorite Hungarian food? Vadas zsemlegombóccal (game with sauce and bread dumpling) the way my grandmother made it for Christmas Whose works of art or design have had the greatest impression on you? 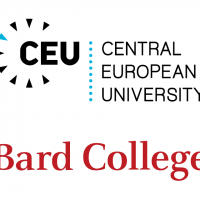 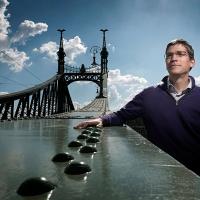 October 9, 2017
Name: Miklos Koren Title: Professor, Head of Department of Economics and Business Number of years at CEU: 9 Home city/town & country: Gyor, Hungary What's your favorite Hungarian food? Stuffed cabbage (töltött káposzta), the way my grandmother used to make it. Whose works of art or design have had the greatest impression on you? 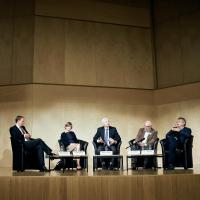 October 6, 2017
Real-time data and research conclusions should be translated and readily available to policymakers, said Nobel Prize-winning economist Robert Engle who joined a panel of CEU economists to discuss evidence-based policymaking. The NYU Stern School of Business Professor's Volatility Lab, or V-Lab, aims to do just this by analyzing market risks daily and providing the results in clear, digestible charts. 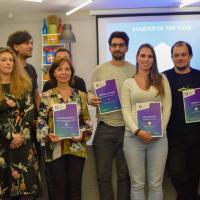 September 28, 2017
CEU InnovationsLab was named Best Accelerator and Incubator in Hungary at the Central European Startup Awards competition on Sept. 27 and will represent Hungary in Sofia, Bulgaria in November at the Grand Finale of the CES Awards.