September 22, 2016
CEU ranks among the world's top 350 universities, according to The Times Higher Education World University Rankings 2016-2017, published September 21. CEU also ranks 8th in the world in terms of international outlook, and tops the list of Hungarian institutions in the rankings. This is the first time CEU has been included in the THE World University Rankings. 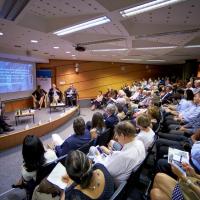 July 1, 2016
As part of its 25th anniversary celebrations, the CEU community gathered to reflect on the University's founding vision with a discussion with Founder and Honorary Chairman George Soros on June 24, 2016. CEU was founded in 1991 as a place where scholars can speak openly, enquire deeply and take intellectual risks, as a university dedicated to the principles of open society. 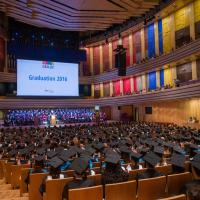 June 29, 2016
Nearly 700 students from 81 countries received master's and doctoral degrees and program certificates at CEU's graduation ceremony on June 25. The University's 25th commencement ceremony was also the last for CEU President and Rector John Shattuck, who is stepping down this summer after seven years of distinguished service. 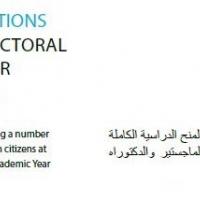 October 20, 2015
Central European University (CEU) is offering a number of full scholarship packages for Syrian citizens at the master's and doctoral level for Academic Year 2016/2017. Applications are welcome for all academic areas for the full length of the program. Scholarships are awarded based on academic merit. 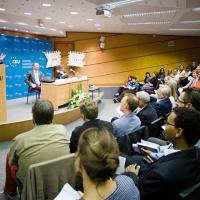 September 22, 2015
CEU’s Opening Ceremony, held September 21, celebrated the start of the 2015-2016 academic year and also launched the University’s 25th Anniversary. The incoming class, more than 600 students from a record 107 countries, received a special welcome from President and Rector John Shattuck. 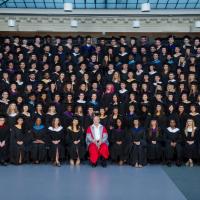 June 24, 2015
More than 600 CEU students from nearly 80 countries received their master's or doctoral degrees at this year's graduation ceremony on June 21, the University's twenty-fourth commencement. These graduates join a body of 12,000 CEU alumni who are distinguishing themselves as the next generation of leaders and scholars in the region and beyond.

October 3, 2014
The Times Higher Education World University Rankings 2014-2015 has named CEU among the world's top 100 universities in the social sciences category for the first time in the University's history. Ranked number 91, just behind the Ivy League's Brown University, CEU is one of only 31 European universities to make the list. CEU is not eligible for placement in the overall university rankings as it does not have undergraduate programs. 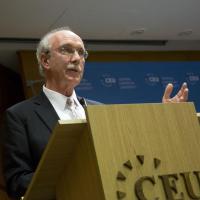 September 18, 2014
CEU launched Frontiers of Democracy, an initiative that aims to promote open debate, discussion, and exchange of ideas with a diversity of views about the nature of democracy, on Sept. 18.