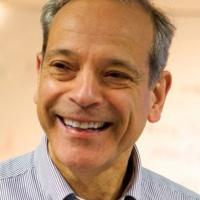 September 29, 2010
Central European University has named Mel Horwitch, currently Professor of Technology Management at the Polytechnic Institute of New York University, Dean of CEU Business School. A scholar who focuses on innovation and technology management, Professor Horwitch will assume his position on January 1, 2011. 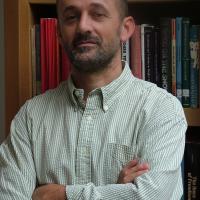 September 21, 2010
In Academic Year 2010/11, the tasks and responsibilities of the OSA Chief Archivist are carried out by Csaba Szilágyi, Senior Human Rights Archivist, who is taking over from Gabriella Ivacs, OSA Chief Archivist, temporarily engaged in a large scale EU project. Csaba Szilágyi has been with OSA since 1996. Intermittently, he worked as a records manager and archives consultant with the Open Society Institute - New York and Human Rights Watch (1999-2000), and as a curator of the Center for Human Rights Documentation and Research at Columbia University (2005-2006). 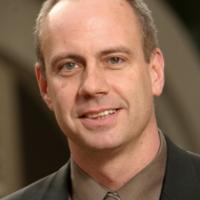 July 19, 2010
24 June 2010: Central European University (CEU), Budapest, announced the appointment of Peter Johnson, as Vice-President, Student Services, effective 1 September 2010. Johnson completes a highly successful 10-year tenure as Executive Director of Admissions, Haas School of Business, University of California, Berkeley. He joins CEU’s internationally acknowledged Student Services unit to lead and strengthen it at a time when the University is planning to significantly expand both its programs and its global outreach. CEU currently enrolls students from more than 120 countries. 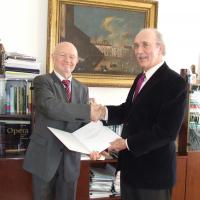 April 2, 2010
According to the Hungarian Higher Education Law university rectors are formally appointed by the President of the Hungarian Republic. On Thursday, April 1st, Professor John Shattuck participated at a formal confirmation ceremony at the Hungarian Ministry of Education following his earlier appointment last August as President and Rector of Central European University. 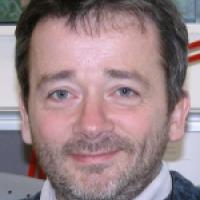 January 18, 2010
Gergely Csibra, Professor of Psychology, Cognitive Development Center (CDC), CEU, has been awarded a 1.5 million Euro Investigator Research Grant by the European Research Council (ERC) in the “Social Sciences and Humanities” category for his research proposal entitled “Human Infants' Contribution to Learning from Others by Ostensive-Referential Communication”, the Brussels-based organization announced at the end of last week. 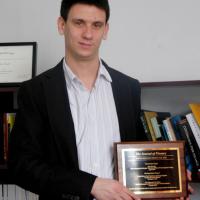 January 7, 2010
Peter Kondor, Assistant Professor, Department of Economics, Central European University (CEU) was awarded the Smith Breeden Prize in Atlanta at the annual meeting of the American Finance Association in January 2010. One of the most prestigious prizes in the field of finance given for the best article published in 2009 in The Journal of Finance, the leading financial journal, the Smith Breeden Prizes are awarded annually for the top three papers in any area other than corporate finance. The winning papers are chosen by the Associate Editors of The Journal of Finance.