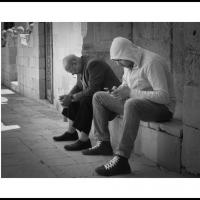 Stefan Roch, Phd student in the Department of Public Policy, spent four weeks in Beirut, Lebanon this May. In his free time, he wandered around the city searching interesting situations, people and places that he found “were meaningful and would capture a certain aspect of Beirut and living and working in it.” His photos are on display in CEU’s Exhibition Hall in Nador 9.

Hungarian architecture news portal reports: PhD student in the Department of History at CEU Anna Mazanik participated in a conference entitled “Cities and river environments – a versatile relationship” on Nov. 20. in Marburg, Germany.

Shorob.com, a Bengalese youth platform founded by Nuruddin Ahmed (MPA ’16), won the Social Media for Empowerment Award 2014 in the “Communication, Advocacy & Development Activism” category.  The award is an initiative of the Digital Empowerment Foundation, a New Delhi-based organization that aims “to find sustainable Information Communication Technology (ICT) solutions…to address [the] digital divide in underserved and unreached regions and communities.” 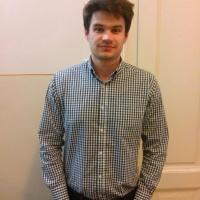 Hungarian educational news portal edupress.hu reports: The Hungarian branch of K&H Bank organized its Student Cup yet again this year with 236 teams. The winners of the competition, held for Hungarian university and college students, are two students from Corvinus University and Andras Beres, MA student in the Department of Economics at CEU.

Hungarian news portal magyarnarancs.hu reports: A memorial erected in remembrance of the victims of the Holocaust and World War II was inaugurated in ELTE’s Trefort Garden: the 1-centimeter-wide and 200-meter-long bronze strip embraces the university campus along its walls as a kind of unique grout between the bricks, bearing 199 names. The university pays homage to its former professors, students, and staff members, all of those who lost their lives as a result of the anti-Jewish laws in forced labor, concentration camps, ghettos, or military service.

Mundus MAPP student Mihai Popsoi took part in an international debate project called "Visegrad4Moldova! - Debating the European Union: Visegrad 4 Experience." Popsoi’s essay, “Moldova Cannot Own its Future Unless it Breaks with its Past” won the essay competition of the project. 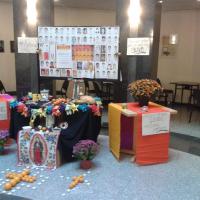 CEU Students React to Abduction of 43 Students in Mexico

A group of 43 students from the rural teaching school in a small town in Mexico were taken away by municipal police on Sept. 26. Shocked by the violent abduction, a group of Mexican CEU students (Marcela Figueroa Franco, Ursula Sanchez, Ana Isabel Enriquez Vargas, Victor Mercader Lara, and Isaac Guzman Estrada)  approached Human RightS Initiative, asking to organize a campaign against violence from Mexico.

Eszter Neuberger, MA student in CEU’s Nationalism Studies Program has received the Tamas Szego Award for her report series entitled Refugees in Hungary that was published in Hungarian weekly HVG. The award is given two journalists under 30 who stand up for the fallen in print or online publications. 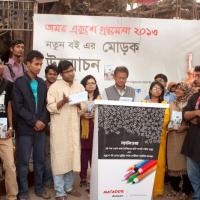 Founded by Nuruddin Ahmed (MPA ’16), youth platform shorob.com is a finalist for the Social Media for Empowerment Award 2014 in the Community, Advocacy, and Development Activism category. “I’m very excited to be in the running with great organizations across South Asia,” Ahmed commented. 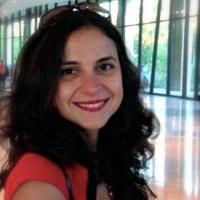 Diane Matar, PhD student in CEU’s Department of Environmental Sciences and Policy will present her findings at IUCN World Parks Congress 2014. Matar gets special mention on CoalitionWild website's for "inspiring a new generation."