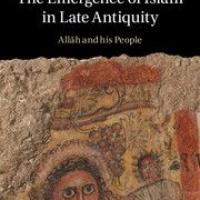 The Emergence of Islam in Late Antiquity: Allah and his People

March 11, 2014
Cambridge University Press will publish "The Emergence of Islam in Late Antiquity: Allah and his People" by Aziz Al-Azmeh, university professor at CEU’s Department of Medieval Studies, later this month. The book presents a comprehensive and innovative reconstruction of the rise of Islam as a religion and imperial polity. It reassesses the development of the imperial monotheism of the New Rome, and considers the history of the Arabs as an integral part of Late Antiquity.