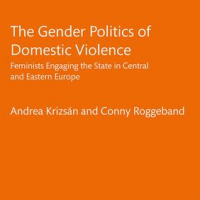 December 12, 2017
The Gender Politics of Domestic Violence. Feminist Engaging the State in Central and Eastern Europe by Andrea Krizsan, research fellow at the Center for Policy Studies and adjunct faculty at the School of Public Policy at CEU, and Conny Roggeband, assistant professor at the University of Amsterdam, has been published by Routledge. 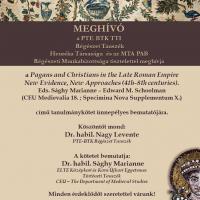 November 21, 2017
The book "Pagans and Christians in the Late Roman Empire: New Evidence, New Approaches," edited by Marianne Saghy, associate professor at the Department of Medieval Studies at CEU and Edward Schoolman of the University of Nevada, Reno, was launched at an event at the University of Pecs November 20. The book was published by CEU Press as part of the Medievalia series. 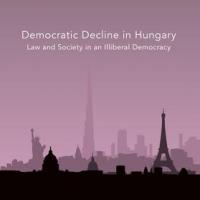 October 10, 2017
In a new monograph published by Routledge, Andras Laszlo Pap, recurrent visiting professor in the Nationalism Studies Program at CEU, shows the rise and morphology of a self-identified `illiberal democracy’, the first 221st-centuryilliberal political regime arising in the European Union. Since 2010, Viktor Orban’s governments in Hungary have convincingly offered an anti-modernist and anti-cosmopolitan/anti-European Unionist rhetoric, discourse and constitutional identity to challenge neo-liberal democracy. 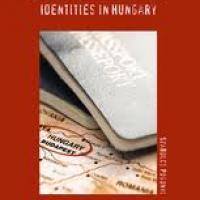 September 26, 2017
In "Extra-Territorial Ethnic Politics, Discourses and Identities in Hungary", Szabolcs Pogonyi, associate professor in the Nationalism Studies Program at CEU, explores the causes and consequences of the discursive and legal construction of the Hungarian transborder nation through the institutionalization of non-resident citizenship and voting. Through the in-depth analysis of Hungarian transborder and diaspora politics, this book investigates how the political engagement of non-resident Hungarians impacts inter- and intra-state ethnic relations. 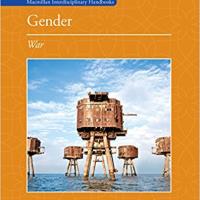 September 26, 2017
Part of the Macmillan Interdisciplinary Handbooks series on gender studies, Gender: War, edited by Professor Andrea Peto of CEU's Department of Gender Studies, examines war through the discipline of gender and sexuality studies. Containing 24 chapters, the volume demonstrates that bodies and other allegedly passive material/other allegedly passive objects have a history and also agency. 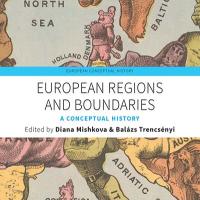 June 20, 2017
Edited by Diana Mishkova, director of the Centre for Advanced Study Sofia, and Balazs Trencsenyi, professor in the Department of History at CEU, this volume is the first to provide a synthetic account of the historically constructed concepts of constitutive regions of Europe and the historical and intellectual contexts in which they emerged. 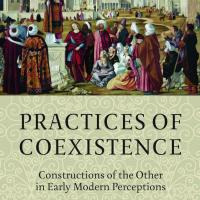 Practices of Coexistence: Constructions of the Other in Early Modern Perceptions

June 20, 2017
Edited by Marianna D. Birnbaum, research professor at UCLA, and Marcell Sebok, assistant professor in the Department of Medieval Studies at CEU. 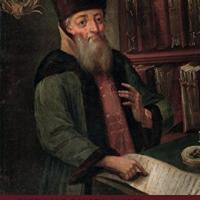 Hennings Publishes Russia and Courtly Europe: Ritual and the Culture of Diplomacy, 1648–1725

January 17, 2017
In this new book on early modern diplomacy, Jan Hennings, assistant professor in the Department of History at CEU, explores the relationship between European powers and Russia beyond the conventional East–West divide from the Peace of Westphalia to the reign of Peter the Great.