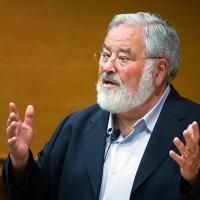 It’s natural that liberals and conservatives, Democrats and Republicans, are finding it difficult to make compromises to solve the current budget crisis in the U.S., according to cognitive linguist George Lakoff, professor at the University of California, Berkeley who spoke Oct. 15 at CEU. It’s because the two groups view the world based on vastly different metaphors that are wired into our cognitive functioning, he said. 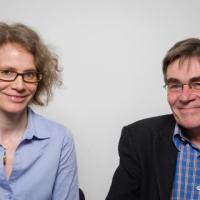 Professors Dorothee Bohle and Bela Greskovits have been awarded the Stein Rokkan Prize for Comparative Social Science Research in recognition of their book, "Capitalist Diversity on Europe's Periphery."